FFA sets out 20 year plan for development of football 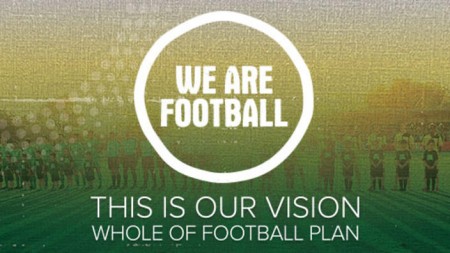 Football Federation Australia (FFA) has released its 20-year vision for the future of football in Australia, setting out, according to Chief Executive David Gallop “a long-term view of what the game needs to do in order to fulfill its potential and reach its destiny.”

In preparing the Whole of Football Plan (WOFP), the FFA undertook an unprecedented consultation with the Australian football community and major stakeholders which  saw more than 20,000 people joining an online survey, hundreds attend 13 community forums and the game’s leaders and key commercial partners provide individual feedback.

Speaking at the WOFP launch in Sydney, FFA Chairman Frank Lowy AC acclaimed the unity of purpose behind the plan.

Lowy explained “10 years ago at the outset of football’s new beginning, publishing a Whole of Football Plan for the decades ahead would have appeared premature and overly optimistic.

“We first had to rebuild the foundations and restore credibility to our game.

“Today, much hard work has brought us to the point where we have the unity and sense of destiny that means the time is right to think big. There are millions whose lives are enriched by Football and we owe it to them to fulfill the game’s great promise.”

“It’s a bold idea, but now is the time for the Australian Football community to bring it to life.”

The key long-term projections of the WOFP include;

• A 15 million strong football community by 2035, including 1 million club members
• A distinctive Australian style of playing that puts our National Teams in contention for all FIFA and AFC championships
• Hosting the 2023 FIFA Women’s World Cup as the driver of women’s football participation and professionalism
• National competitions that attract 75% of participants to support a Top Tier club
• A combined pool of 3,000 elite male and female players from 12 to 19 vying for future national selection and professional contracts
• Academies that provide world-class coaching so that no Australian youth needs to go overseas to find elite development
• A redistribution of resources to community football
• Lower cost and higher quality coach education from the grassroots to professional tier
• Making schools and social Football the focus of an ‘Anytime, Anyhow, Anywhere’ approach to playing the game
• Sourcing football facilities that accommodate the increasing urban density of Australian society
• Redefining the role of referees as game facilitators, not just as arbitrators of the Laws of the Game 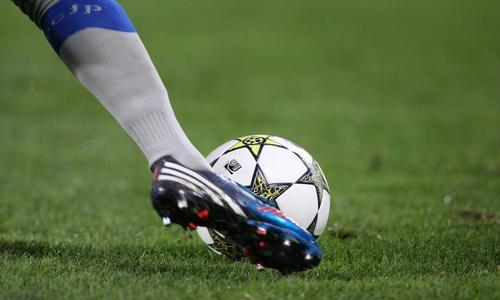 Gallop also made the point that in developing this plan, Football has made a decision not to be limited by the game’s resources in 2015.

He explained “we have a firm conviction that Football’s best years are ahead of us.

“We know that growth will inevitably bring greater revenues and new incomes streams, enough to fund the future.”

Endorsed by the nine State and Territory Member Federations and the 10 A-League clubs, the WOFP will now provide a template for the next FFA Strategic Plan for the period 2015-19. This will be published later this year.

The WOFP is available in a multi-media format at www.wholeoffootballplan.com.au