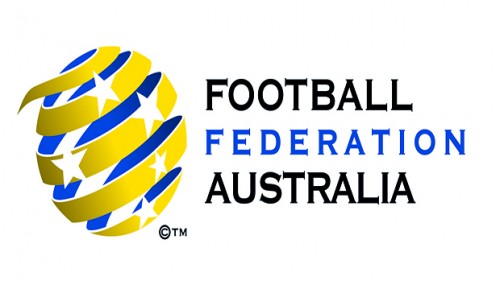 Football Federation Australia (FFA) has unveiled of a new National Football Curriculum (NFC) with the long term aim of improving the skill level, quality and performance of Australia’s top players and teams.

“It sets the blueprint for the quality and style of Australian football for the future and aims to significantly improve our skill levels.

“It is the first time we have had a national curriculum which sets the basis for the development of all young players and coaches, whether at community or elite level.

“The key objective is to create a talented player development program that emphasises skill and sustains international success for generations to come, as well as a coach development system that produces quality coaches who are able to implement the curriculum and realise similar goals.”

The NFC has been developed by researching best practice in talent development and identification in football and other sports and tailoring it to football in Australia.

Berger, who started in the role in January, will oversee implementation of the NFC. He explained “the new national curriculum recognises two streams of development.

“The first is for talented players who aim to play the highest level possible, and the second is for community players who just want to play the game and enjoy the sport.”

Berger said the NFC is for male and female footballers aged between 6-19 years, from those playing Optus Small Sided Football to the 11-a-side competitive environment.

The guiding principles of the NFC are:

• The approach is ‘game-related’ rather that ‘isolated’, which impacts all training and exercises;
• An emphasis on skill development;
• A proactive style of playing that corresponds with the Australian competitive psyche;
• The mandating of the 1-4-3-3 formation for all FFA controlled development teams (eg. Qantas Joeys, Westfield Young Matildas) as the best developmental model, and the best structure for the proactive playing style; and
• The integration and mutual dependency of physical conditioning with football training so that they are not separated.

Berger has consulted with all national coaches, Institute coaches and State Technical Directors as well as Member Federations in developing the curriculum.

Berger said that, as part of the implementation process, a number of actions are required to ensure compliance to the curriculum. These include:

• Mandating national development teams and programs under FFA (and member Federation) control;
• Each State/Territory will appoint a Technical Director, funded under the FFA’s new Member Federation Charter, with the State Technical Director reporting to the National Technical Director;
• Coach Education Programs will be reviewed to reflect the NFC;
• Specific levels of coaching qualification will be required for all higher level coaching positions (National Team, Hyundai A-League, Westfield W-League, National Youth League, Institute and State technical Directors);
• By 2010 each State/Territory will need to appoint at least one ‘Skill Acquisition Trainer’ whose role will be to ensure that skill development programs for talented players are universally implemented; and
• Football Clubs, schools and academies will be accredited and rated.

The NFC will begin an Australia-wide roll out in the coming months.