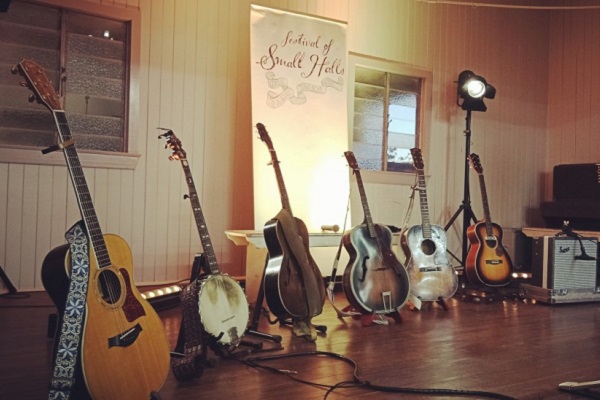 Carving out a regional touring circuit in spaces normally used for council meetings and craft displays, the Festival of Small Halls is taking folk musicians, both local and international, to a string of regional destinations across Australia.

The Festival Of Small Halls (FSH) strings the tours together in partnership with a series of folk music festivals around Australia that serve as anchor points at the start and end of each tour.

On average, a single tour clocks up 4,000 kilometres and takes in 20 towns, and there are four such tours per year. As an example, the current FSH Spring Tour 2019 - featuring Scottish duo The Jellyman’s Daughter and Australian song-writing duo Sara Tindley and Ash Bell - which began at the Dorrigo Folk and Bluegrass Festival, in northern NSW from 25th to 27th October, and threads its way up through Queensland’s high country before finishing at the Queenscliff Music Festival, near Cairns, on 22nd to 24th November.

Then comes the Summer Tour 2019 featuring British singer-songwriter Blair Dunlop (who is also an actor - he played the young Willy Wonka in the 2005 film Charlie and the Chocolate Factory), and roots music artists duo Hat Fitz and Cara Robinson. This kicks off in Austinville in the Gold Coast on 20th November hinterland and concludes at Mapleton near Nambour on 15th December.

Some of the stops are tiny hamlets with under 200 residents, like Eureka, Eungella and Haden, while others are substantial towns such as Pialba, Cooroy and Yeppoon with populations exceeding 3,000. Each community has one thing in common, a community hall and local volunteers ready to host a concert.

Usually doors open at 6:30pm, and performances are supplemented by supper with tea and cakes, and may even be a barbecue beforehand if families and childrens are coming – to which local farmers might donate food, in true ‘paddock to plate’ fashion.

Rigden came into the role in 2017 after working for just eight months as a lawyer. A chance meeting with Karen McBride, Woodfordia Inc.’s Volunteer Manager, turned out to be a life changing experience for her, which she says provided “an ideal job in which I can look on the world with optimism”. 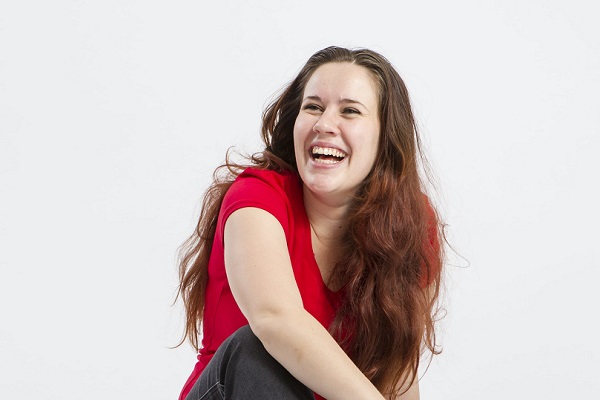 Explaining the ideal venue, Rigden (pictured above) commented “(that) depends on the size of the destination.

“Some people might look at an audience of 50 as being a ‘failure’ and not worth spending money on.

“But if the town has a population is 70, that puts an entirely different perspective on it – because most of the town is present. However, 200 is ideal for me, or perhaps 150. We have a variety of publicity strategies, but it depends primarily on a grassroots approach.

“A lot happens by word-of-mouth where people get to know there’s a great event happening locally. If we spent $50,000 on an advertising campaign saying we’re the largest regional touring company in Australia, it might not work at all!”

As for the FSH’s impact on local communities, Rigden adds “there are so many stories that I could tell. One of my favourites is about Rowella, a small town on Tasmania’s north coast.

“A couple had moved there from the mainland, expecting things to be idyllic, but they instead found life was isolated and lonely. At the time the council was planning to dispose of the town’s community hall, and when they heard about this they contacted us hoping to stage a concert there.

“The lady, Jen Thompson, put together a committee and did the whole show. It sold out weeks in advance, and then she took the results back to council who reversed its decision. We’ve done tours to beautiful Rowella ever since.

“It was so inspiring and really highlighted my experience of halls – that they can bring people together and be used as a real public asset.”