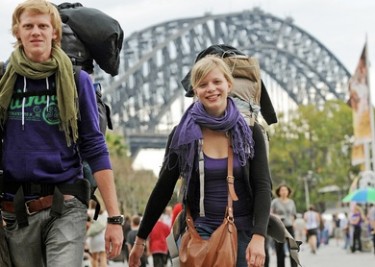 The Federal Government’s backpacker tax finally passed into law yesterday evening after the the Senate backed the 15% rate in exchange.

After a week of uncertainty and false starts surrounding the tax, the Federal Government made a series of concessions to minor parties to get the legislation through the Upper House, including a $100 million commitment to Landcare and a scrapping of its plan to tax 95% backpackers' superannuation (which it reduced to 65%).

With the tax set to start from 1st January 2017, the Tourism & Transport Forum Australia (TTF) welcomed the end of the 18-month backpacker tax saga.

TTF Chief Executive Margy Osmond commented “this has been a long, hard slog by the tourism industry over the past 18 months to reach this common sense compromise on the backpacker tax and we are very pleased that the matter is finally resolved so that we can get on with the job of growing the visitor economy.

“There are a lot of lessons to be learnt out of this issue. Consultation and negotiation with industry early on is the key to delivering a policy outcome that supports the industry and allows the Government to achieve its goals.

“The tourism industry has made it very clear that we will not sit back and be treated as a ‘cash cow’ by any Government or any political party. We have a voice and it is growing in strength in the new economy that will support Australia’s future.”

Osmond said that the final decision on the backpacker tax would allow the industry to get back to promoting Australia as a fantastic destination for a working holiday, adding “for the last 18 months, the industry has not been able to provide certainty to backpackers on what tax arrangements they would face if they decided to travel to Australia, now we can.

“The backpacker tax saga is a powerful reminder that government decisions have a real world impact and we can avoid unnecessary damage to the visitor economy if industry and government work together from day one.”

TTF has been vocal advocate for zero or at the very least a much lower backpacker tax rate than the original 32.5% proposed to ensure that working holiday makers continue to visit Australia, spend their money in regional and rural communities and fill critical job shortages in those areas.

TTF has also worked to achieve a compromise on the increase in the holiday tax - the Passenger Movement Charge - with an agreement reached by the Parliament to freeze any future increases for the next five years.

Months of uncertainty surrounding the tax status of working visitors has undoubtedly damaged Australia as a destination, with a recent Monash University survey finding that 62% of the working holidaymakers would consider going to New Zealand over Australia because of the backpacker tax.