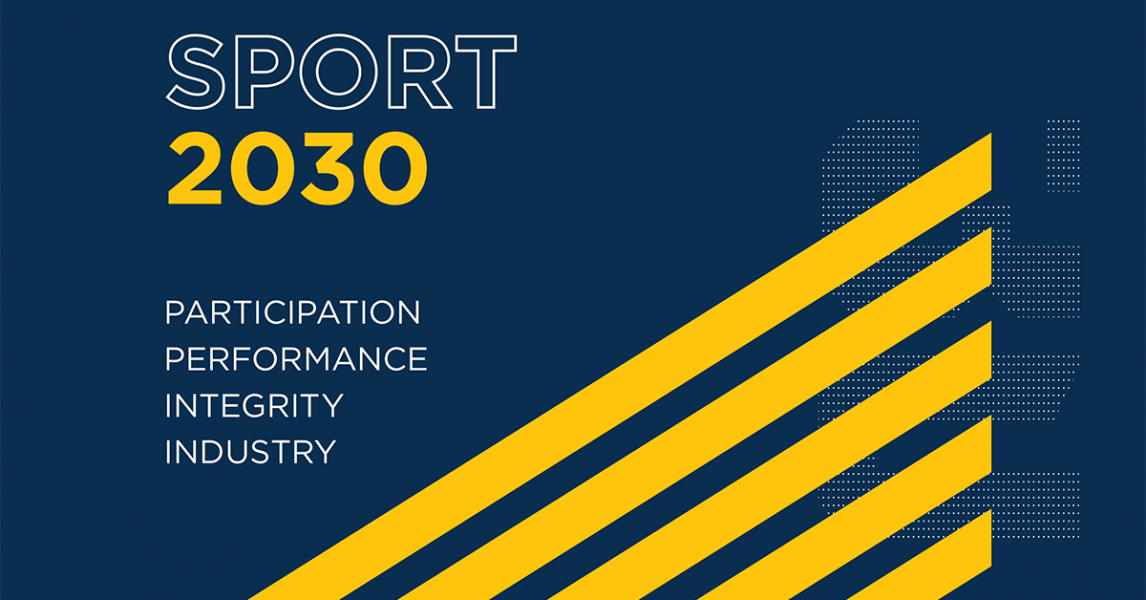 With an aim to build a healthier, more physically active nation through sport, the Federal Government has today released its Sport 2030 plan, detailing commitments made to the sector in the 2018/19 budget.

Unveiled by the Federal Minister for Sport, Bridget McKenzie at a National Press Club event, the plan is being positioned as Australia’s long-term strategy for sport and activity to 2030.

Setting out an ambitious agenda to make Australia the most active sporting nation in the world, the plan includes a new look for the Australian Sports Commision and a fresh marketing and community creative platform, 'Move It'.

Responsible for leading the implementation of Sport 2030 and promoting sports and activity across Australia is Sport Australia, the new community-facing brand for the Australian Sports Commission (ASC).

A Commonwealth entity sitting within the Federal Department of Health, Sport Australia will be supported by a wide-reaching marketing effort and new initiative under the moniker, ‘Move it’.

Sport 2030 is aimed at encouraging more Australians to partake more regularly in a wide variety of exercise and movement activities in order to improve the overall health and well-being of the nation. It is based on four key pillars: participation, high performance, supporting integrity, and strengthening Australia’s sporting industry.

During her speech, Minister McKenzie highlighted the strong role sports plays in Australia’s cultural identity locally and abroad. She noted 14 million Australians participate in sports of some kind, 1.8 million volunteer in sports, and 220,000 people are directly employed in the sports sector.

Yet with more than half of Australians leading what’s considered a sedentary lifestyle, and sports participation expected to drop by 15% over the next 18 years, Minister McKenzie set out a target to increase physical inactivity by 2030.

While no new spending was committed in the Sport 2030 plan, Minister McKenzie highlighted that the Federal Government will spend $42 million over the next 18 months in supporting its Sporting Schools program, and is also opening up $29.7 million in community infrastructure sporting grants. In addition, the she announced a review of sporting integrity in Australia, a move prompted by the need to address criminal and discriminatory practices increasingly occurring within Australian sports. Minister McKenzie also announced a study to better show the economic contribution of sport to the national economy.

Supporting the Sport 2030 plan and launch of Sport Australia is a national brand and marketing initiative called ‘Move it’, designed to encourage more Australians to get physically active. The work is being overseen by recently appointed Australian Sports Commission (ASC) Chief Marketing Officer Louise Eyres.

Eyres joined the ASC last October to oversee the newly formed marketing, customer insights and analytics division, becoming the first Chief Marketing Officer appointed by the government body. ‘Move It’ officially launches from 5th August and initially involves integrated national marketing and advertising efforts encompassing TV advertising, out-of-home, cinema, digital and social. The slogan and associated creative aims to paint as extensive and cohesive a story around what physical activity can be while also highlighting the new Sport Australia brand and mission.

Eyres described the ‘Move Australia’ initiative as an updating of the iconic ‘Life. Be in it’ campaign of the 1970s, reviving a national campaign aimed at promoting more active lifestyles.

This contrasts with more recent approaches to encouraging physical activity which have become highly fragmented, stretching from initiatives such as the Federal Government’s ‘Girls Make Your Move’, to Victoria Health’s ‘This Girl Can’.

Eyres explained “what we’re looking to be is the unifying idea and platform for all these activities to bring them together.

“Using our ambition of making Australia the most active sporting nation, we can measure and qualify that and hopefully get more of us off our couches. We now have a mandate from government to drive physical activity at a total population level. So it’s time to get more on the front foot with consumers.

“‘Move it’ will be the unifying idea, then we’ll look to bring the brand to life through sub-brands such as our Sporting Schools brand, plus our high-performance and career brands.”

A key element within the ‘Move It’ platform is ‘Find your 30’, a creative idea encouraging Australians to partake in 30 minutes of exercise five times per week, in whatever way they can, to make up the ideal 150 minutes of purposeful physical activity. Marketing and advertising content will centre around examples of the many ways 30 minutes of activity can be achieved, using regular consumers of all ages as well as athletes.

Eyres said there’s also the intention to contextualise media to maximise impact depending on weather conditions. GPS targeting will also potentially be used at cultural and event locations to better target messaging as consumers go into and out of such sites.

She added “initially, we’ll look to position Sport Australia and articulate the reasons why we’ve come into this movement.

“Then we want to show people all the ways they can ‘find their 30’ - that’s the catchcry we’re using to make this more actionable.

“We will take a national approach to movement to showcase movement at all ages.”

Sport Australia will also be looking to build a range of commercial partnerships to collaborate around campaign assets and content.

Partners will potentially range from retailers to media owners, insurers and local, state and national sporting bodies. In each case, Sport Australia hopes to adapt the ‘Find your 30’ program to suit specific sectors, brand strategies and customer bases.

For more information on the Sport 2030 plan go to www.ausport.gov.au/nationalsportplan