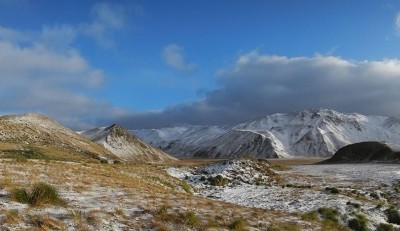 The Federal Government has asked the World Heritage Committee to delist about 74,000 hectares of 170,000 which was added under Tasmania's historic forest peace deal.

Minister Hunt supports most of the previous Labor Government's extensions to the World Heritage area but says large parts have already been logged.

Explaining that the area was added amid "enormous local controversy" against the wishes of some in the community, Minister Hunt explained "what has been put to the committee for reconsideration is 117 degraded or logged areas so these were areas that many people feel should never have been added because they significantly detract from what is one of the great World Heritage Areas."

Agreed in 2012, the forest peace deal was designed to end decades of conflict.

Under the deal, environment groups are supporting the timber industry and in exchange old growth forests being protected in the 170,000 hectare boundary extension.

As part of last year's World Heritage boundary change, areas of the Southern Forests, the Styx and the Florentine were given protection.

The Federal Government has said areas of genuine high conservation value are not part of the delisting plan, including tall forests in the Great Western Tiers.

However, prominent world heritage consultant Peter Hitchcok is worried about the Federal Government's plan to delist some of the areas.

Hitchcock was a key advisor on the original Tasmanian World Heritage nomination in 1989, and is questioning the claim that some of it is not worth protecting.

He told the ABC that about 90% of the land is outstanding eucalyptus forest that had never been logged, stating "some of it is some of the most outstanding forests in the country, if not in the planet.

"So the great majority of the area that is being proposed to be removed from the World Heritage Area is in fact unlogged forest, and much of it with important conservation values."

The Wilderness Society's Tasmanian campaign manager Vica Bayley says the Government's map of the proposal shows it wants to allow loggers to return to forests at the centre of conflict.

Bayley explained "it confirms that Minister Hunt wants to axe World Heritage listing for the entire Upper Florentine, most of the Weld, the Picton and the Great Western Tiers to open World Heritage sites up for logging."

The World Heritage Committee will announce its decision in June.