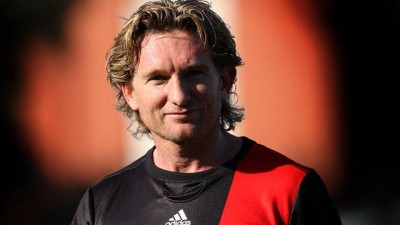 The Federal Court has dismissed James Hird's appeal against an anti-doping investigation into the Essendon football club's 2012 supplements program.

Hird challenged the court's findings in September last year that the investigation led by the Australian Sports Anti-Doping Authority (ASADA) was legal.

Justice Kenny said there was nothing unlawful in using the AFL's powers to assist ASADA in its investigation against Essendon's supplements program.

Hird was also ordered by the Federal Court to pay all legal costs.

AFL.com.au quoted a legal source as estimating these costs to be at least $500,000.

Hird has 28 days to lodge an appeal in the High Court if he chooses to continue his legal challenge to the joint investigation.

ASADA released a statement shortly after the verdict was delivered on Friday saying it had been vindicated for working with the AFL to uphold a clean competition.

The statement read "ASADA and sports must partner if we are to have any chance in protecting the integrity of fair competition.

ASADA Chief Executive Ben McDevitt said the anti-doping body would remain vigilant in its work to "protect the health of athletes and their right to compete against clean athletes".

Justice Kenny's decision means the Anti-Doping Tribunal hearing in relation to infraction notices issued to 34 past and present Essendon players and one former employee of the club will proceed according to a timetable released on Thursday.

The tribunal will be adjourned on 18th February for members to consider their decision as to whether anyone issued with infraction notices breached the anti-doping code.

If anyone is found to have breached the code a hearing will then be set to determine what sanctions are applied to the parties.

Essendon did not support Hird's decision to appeal and discussed his future at the club.