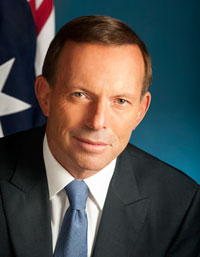 The money would be used to purchase much-needed equipment and extend the Beach Drowning Black Spot Reduction Program.

Abbott, a renowned ocean swimmer, said the coalition recognised that investing in beach safety could save lives, as well as reduce injuries.

The funding package would provide Australian surf clubs with an additional $1.6 million per year for five years, providing on average $5,000 per year to each of the nation's 310 surf clubs.

The money would be directed towards the purchase of vital rescue equipment, first aid and medical supplies.
Funding for the black spot reduction program would be increased by $400,000.

Surf Life Saving Australia (SLSA) Chief Executive Brett Williamson has welcomed the commitment as "a step in the right direction", adding that "we look forward to the further advice regarding waterways and household education as foreshadowed in the Coalition announcement."

In a statement Williamson continued "Surf Life Saving Australia, together with our national water safety partners Royal Life Saving Society (Australia) and AUSTSWIM, have identified a funding gap of just over $27 million per annum to achieve our collective target to reduce drowning deaths by at least 50% by the year 2020.

"A detailed submission has been provided to Government as part of its May 2012 Budget deliberations.

"We do note that the Coalition will make further announcements as part of its Plan to Reduce Drownings.

"The funding commitment of $5,000 per year to each surf life saving club would be welcomed by clubs around the country. With costs of over $52,000 per year, per club to update and maintain equipment we look to the Government and corporate partners to supplement donations we receive from the Australian public.