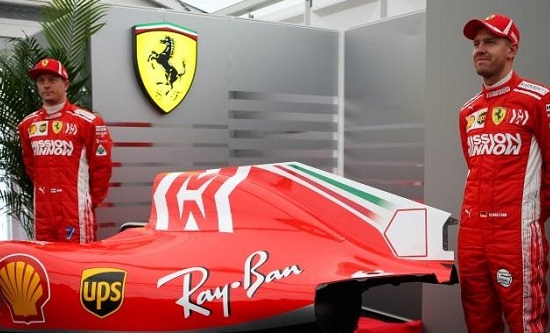 Mission Winnow - Philip Morris International’s new non-product-related branding campaign - was apparently conceived as an attempt to raise awareness of the company’s embrace of a smoke-free future and its transformation in terms of science, technology and innovation.

However, critics in Australia say the campaign is a deliberate attempt to get around the longstanding ban on tobacco advertising, and an attempt to hint at PMI’s flagship brand and former Ferrari sponsor: Marlboro. The critics also highlight that the shape of the Mission Winnow logo - made up of a red ‘M’ and red ‘W’ in between two white chevrons - is almost identical to the Marlboro white-and-red chevron that used to adorn the Ferrari F1 car.

The tobacco giant denies the accusations, and has reiterated that its Mission Winnow branding is legal in all Formula 1 territories, and has no connection to PMI tobacco products.

The Mission Winnow-Ferrari partnership launched at the Japanese Grand Prix in October last year, and featured at the last four races of the season.

With those races having been broadcast on local TV stations Network Ten and Foxtel, a separate investigation has also been launched by the Australian Communications and Media Authority. 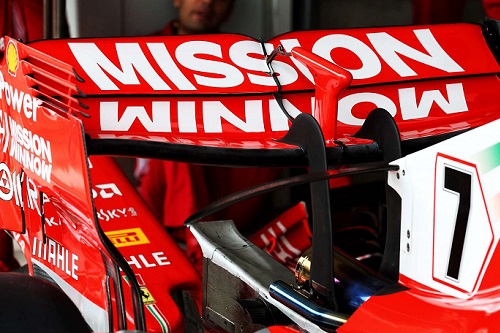 The investigation, just a month out from the Melbourne Grand Prix, comes as the Federal Government reviews its tobacco control laws, including advertising regulation.

PMI has had a lucrative sponsorship deal with Ferrari for decades, with the famous red and white livery on Ferrari's racing cars, uniforms and advertising historically featuring the Marlboro cigarette logo.

PMI’s website suggests Mission Winnow is predominantly a brand revamp for the tobacco company, and while it doesn't specifically mention tobacco products, it does promote Philip Morris' efforts to transform "not only our company but an entire industry for the 1.1 billion people who smoke and those around them".

This, it says, can be realised through the creation of "smoke-free alternatives" to cigarettes, which the company is testing in the laboratory.

Melbourne surgeon and anti-smoking campaigner John Cunningham, who complained about the new branding to authorities, said it was "spin".

Dr Cunningham told the ABC “this website actually makes it much clearer what they are trying to achieve, and what sort of business they are in.

Parties hope the issue will be resolved in time for this year’s F1 season opener in Melbourne on 17th March.