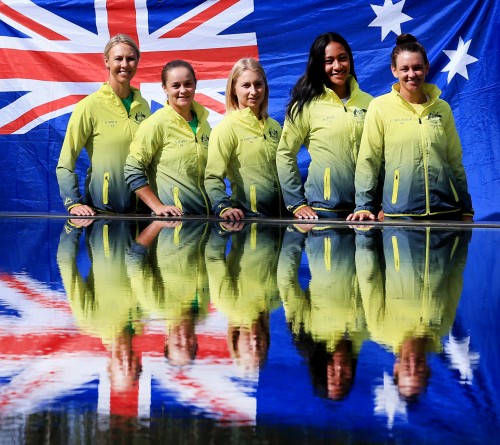 For the first time in almost 50 years, the Fed Cup Final will return to Western Australia when Australia take on France on 9th and 10th November.

The final will be played on hardcourt at Perth’s RAC Arena and provides a platform for elite women’s tennis to continue after the Hopman cup was replaced by the men’s ATP Cup this year.

Perth was chosen to host the final of the Fed Cup competition ahead of bids from rivals Melbourne and Brisbane.

With the demise of the Hopman Cup mixed tournament have created uncertainty over the future of elite women's tennis in Western Australia, securing the Fed Cup final is a significant, albeit short term, boost for tennis in Perth.

With world number two Ashleigh Barty set to lead the home team, Australian Fed Cup captain, Alicia Molik stated “I’m so excited we have the chance to play the Fed Cup Final here in Perth, and showcase the very best of women’s tennis right here in my hometown.

“It’s particularly exciting to be making this announcement just a little over a week since Ash Barty won the French Open.

“Women’s tennis is in an extremely powerful position in Australia at the minute and I’m so proud of every team member who has been a part of this two-year journey to reach the final.”

Tennis Australia Chief Executive, Craig Tiley added “I’m delighted we are able to stage the Fed Cup Final in Perth, in what will be a spectacular showcase of women’s tennis.

“Perth and WA have so many passionate tennis fans and this is a wonderful opportunity for them to see the world’s best in action.

“We want to make sure the event is accessible to everyone, with free tickets for kids under 14 and $20 two day adult passes making that possible.”

Fed Cup is the world’s largest international team competition for women, with 108 nations competing in 2019.

The Fed Cup by BNP Paribas Final was secured by Tourism WA and is expected to attract interstate and international sporting fans to Perth.

5th January 2015 - Two years of achievement at the Perth Arena