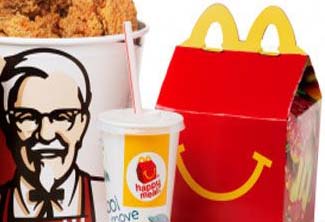 Children are being exposed to unhealthy messages for up to four hours per week during community sport, a rate researchers have described as exceedingly large.

The research comes as an international report last week revealed Australia’s adult obesity level is growing at one of the fastest rates in the world, while about one in four children are either overweight or obese.

The study, published by Sports Medicine Australia (SMA) in the upcoming edition of The Journal of Science and Medicine in Sport, combined information about children’s participation in community sport with data on known patterns of food and drink sponsorship of NSW sports clubs, to estimate population rates of children’s exposure to sponsorship messages during sporting activities.

Lead author Dr Bridget Kelly, School of Health and Society, University of Wollongong, said her research team was staggered by the sheer magnitude of children’s cumulative exposure to these unhealthy messages.

Dr Kelly explained “with nearly two-thirds of all children participating in organised sport regularly, it is deeply concerning to see such a high frequency of fast food and sugary drink sponsorship at local sports clubs undermining the great health benefits of kids sport.

“Earlier research has already established that kids have high recall and awareness of the sponsors of their own clubs – particularly those featuring sports stars – associating them with positive brand attributes.

“Our study shows that fast food and sugary drink sponsorship of children’s sport is pervasive, with opportunities for company branding ranging from signage on uniforms and on field, to vouchers and other promotions.

“Kids playing outdoor cricket and rugby league were exposed to the greatest amount of unhealthy messages.”

Dr Kelly said the high rate of children’s exposure to unhealthy food and drink marketing across a variety of mediums was widely recognised as a significant contributor to childhood obesity rates.

She added “if we are serious about tackling Australia’s childhood obesity epidemic, we need to limit children’s exposure to these unhealthy messages – particularly in environments that should be promoting activity and healthy initiatives such as community sport.

“With poor diet, obesity and physical inactivity identified as some of the major factors contributing to the burden of disease, our study reinforces the need for Government, peak sporting bodies and local sporting clubs to work together to implement initiatives to limit this sort of sponsorship across community sport.”

The study, Population estimates of Australian children’s exposure to food and beverage sponsorship of sports clubs will appear in the upcoming edition of The Journal of Science and Medicine in Sport.