Farmers back calls for more funding for New Zealand tourism 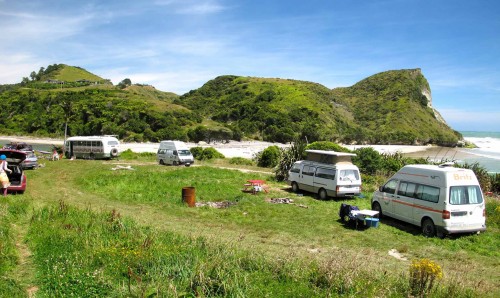 Local Government New Zealand has welcomed the Federated Farmers adding its voice to the call for more Government funding for tourism infrastructure.

While tourism is booming in New Zealand, growth in the industry is bringing with it a range of growth issues, most notably from the impacts of freedom camping.

Federated Farmers Local Government spokesperson Katie Milne has stated that farmers are seeing an increasing impact from freedom campers using their properties, saying it is time for the Government to take the matter seriously and help communities fund the infrastructure needed to cope with large influxes of tourists.

He says Federated Farmers is also right to note the Government is earning a significant amount of GST from tourism and in LGNZ’s view even a small share of GST could easily be allocated into a fund for local tourism infrastructure.

Yule stated “many tourist destinations have a small ratepayer base and the ability to pay for necessary facilities including carparks and toilets is limited.

“We have been calling for greater tourism funding from central government for some time now – it is just not feasible for communities to pay for the costs associated with the tourism boom. The risks of not acting could be significant for both local communities and the tourism industry.”

A report commissioned by the chief executives of Air New Zealand, Auckland Airport, Christchurch Airport and Tourism Holdings Limited released in December highlighted a tourism infrastructure gap faced by councils across New Zealand and possible implications for the industry.

The report noted rapid growth in the industry has seen a local tourism infrastructure deficit emerge in some communities, valued at $100 million for 20 councils which have experienced above average growth.

LGNZ has welcomed the recommendations in the report and is currently in the process of quantifying this gap and identifying priority infrastructure needs around New Zealand.