Fans to get Coronavirus tests after Marvel Stadium alert 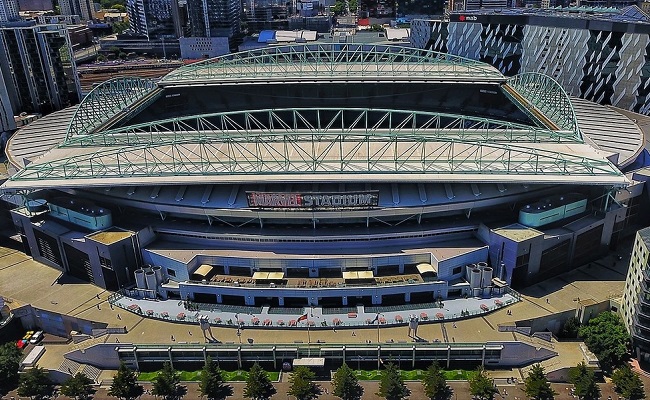 Thousands of AFL fans have been told to self-isolate and get tested for COVID-19 after an infected spectator attended a match at Melbourne’s Marvel Stadium as the city looks to avoid another lockdown.

With 15 cases identified so far, including one who attended the clash between Essendon and North Melbourne at Marvel Stadium on Sunday, the AFL said thousands of fans who sat near the positive case were now required to self-isolate until they received a negative test, while health officials were reviewing CCTV to determine if others had also been impacted.

The venue is one of a growing list of venues across Melbourne visited by positive cases, leaving state health officials rushing to test and trace across the city of five million, which endured a devastating four-month lockdown after an outbreak last year.

At this time, AFL games scheduled in Melbourne for the coming weekend are allowed to go ahead with fans at up to 85% capacity. However, Victorian Government officials have warned public events could yet face fresh restrictions.

Commenting on the current rise in cases, acting Victoria Premier, James Merlino stated “we are concerned about the number and the kind of exposure sites, and the next 24 hours are going to be critical if we are going to have to make any further changes.”

Limits on gatherings were introduced and masks made mandatory indoors yesterday as the virus cluster grew, while New Zealand introduced a temporary pause on its travel bubble with the state.

Victoria reported its biggest single-day rise in COVID-19 cases in more than seven months today and warned the next 24 hours would be critical to limit the spread of a cluster without clamping on tough new curbs.

The six new cases were the largest daily rise since October 2020. Authorities warned that more than 300 close contacts of sufferers had been identified, with many having visited crowded locations.

Other Australian states have moved to limit movement, with South Australia blocking all arrivals from Victoria.

The Coronavirus cluster has been traced back to an overseas traveller carrying a variant first found in India who had completed quarantine in South Australia, although officials have not worked out how it spread.