With fans of the Seattle Seahawks being acknowledged as the most passionate and vocal in North America's National Football League (NFL), Mark Tamar, the Club's Managing Director of Fan Development & Event Entertainment will be sharing his experiences at next week's Sports Fan Summit in Melbourne. 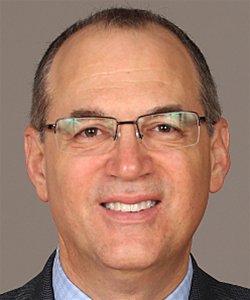 Over the years, Tamar has also had the opportunity to work on numerous national and international events, including the Super Bowl, the Pan American Games and the Olympics.

His experience coupled with numerous awards and accolades for sporting excellence, have made him one of the leading experts in this rapidly growing field.

For the Seahawks, their fans, known as the 12th Man, are the loudest in the NFL while their dedication is not a modern marketing phenomenon, but goes back decades.

At the Sports Fan Summit, being held at the MCG from 30th June to 2nd July, Tamar will explain how contemporary fan engagement has enhanced their involvement with the team – helping drive the franchise to the 2014 Superbowl championship.

With fan engagement a key topic in stadium management in 2014, the newly redeveloped Adelaide Oval is being recognised as a stadium where home fans can engage with AFL teams – with Port Adelaide fans seen as having a particular influence on their team’s home fixtures.

This advantage will also be considered in a panel discussion ‘The New Fan Experience in Australia’s big stadiums’, to be addressed by panellists including Andrew Daniels, Chief Executive of the Adelaide Oval Stadium Management Authority and Simon Gorr, National Venues Manager at the AFL at the Summit.

The topics of Fan Engagement (written by fan engagement expert Blair Hughes) and the Adelaide Oval are features in the May/June 2014 issue of Australasian Leisure Management.

The 2014 Sports Fan Summit is being staged at the MCG from 30th June to 2nd July.

Click here to view the Summit program and/or to register.