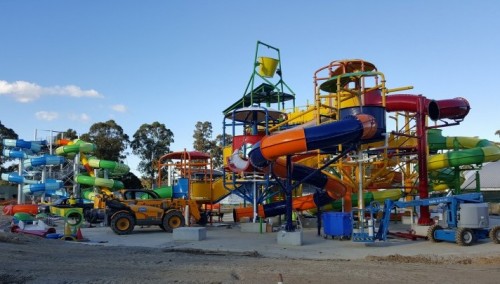 Fairfield City Council has announced that its new aquatic playground, located next to the Prairiewood Leisure Centre, will be known as Aquatopia.

With the Council having worked with 12 primary schools to suggest names for the new attraction, students from the nearby St Hurmizd Assyrian Primary School chose the name Aquatopia.

With Councillors unanimously agreeing with the name, students from the school will each receive a  free child and adult pass when the park opens.

Set to be complete by early September, work on the $7.5 million aquatic attraction is advancing rapidly.

It will offer more than 170 water features including a 10 metre high giant water slide tower, a 12 metre high adventure aqua tower and a StingRay surf simulator.

Cabanas will also be available for hire at a group rate with a barbeque and room for family parties.