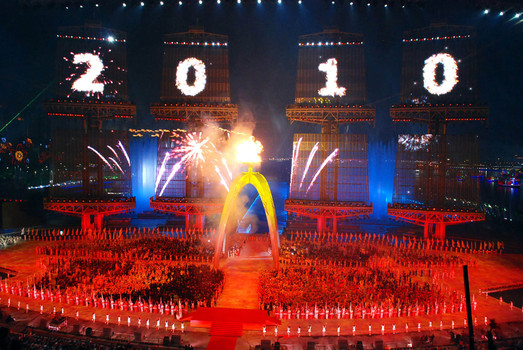 The 2010 Asian Games, came to an end on Saturday with the Closing Ceremony at Haixinsha Square in Guangzhou, China.

Speaking of the hosts success, China's Vice Minister of Sport Duan Shijie explained âthe reason why we have been largely successful is related to the rise of our nation, along with the constant rise of China's economy and our comprehensive national strength.

"This medal haul again can represent a major achievement in our preparations for the London Olympic Games."

While China, along with Japan and South Korea, dominated the medal table, 36 of the 45 countries and territories taking part won medals with noteable successes including Macau and Bangladesh winning thier first gold medals - Jia Rui in the men's wushu and Bangladesh claiming the men's cricket title in an exciting victory over Afghanistan.

Early problems during the games included empty stadiums, complaints about the long distances to venues and heavy security, but Olympic Council of Asia president Sheikh Ahmed Al Fahad Al Sabah praised the event, stating "Guangzhou looked to challenge Beijing (Olympics) and I think they did it successfully.

"Some Olympic committees and OCA colleagues say there is the same level compared to Beijing or even better. Athletes in the village say facilities were even better than Beijing.

"Guangzhou made a great a success. I would say they were an extraordinary Games."

At the Closing Ceremony Al-Sabah told the 30,000 spectators "this was the best ever Asian Games."

Organising Committee Deputy Secretary-General Xu Ruisheng was also pleased with the outcome of an event that took seven years to plan stating that âaudiences have shown their enthusiasm and athletes have performed at their best. This is what the Games needed."

According to Chinese news agency Xinhua, the organisers raised a record three billion yuan ($454 million) in sponsorship - five times the total raised by the Doha Games in 2006.

After a widely-acclaimed opening ceremony, the Games close on Saturday with South Korean pop sensation Rain (Jung Ji-Hoon) performing as part of the handover to the 2014 Asian Games host - Incheon.