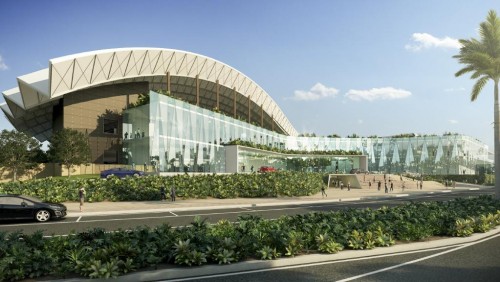 The Queensland Government has unveiled initial draft concept drawings for how the massive $176 million overhaul of the Cairns Convention Centre might look.

Releasing concept drawings for the scheme, Queensland Treasurer Curtis Pitt explained “we are completely reimagining the capacity and potential of the Cairns Convention Centre as part of the revival of our CBD to ensure it’s a legacy that will benefit our region long into the future.

“The Convention Centre is already a big part of the local psyche as the home of the Tapians and I want it to make a lasting impression on international visitors so that they go home raving about the conferences and events we host as much as they rave about our incredible local attractions.

“I want it to be an exciting statement about who we are in the north, something that reflects our ancient cultures and environments but with a modern eye to the future.

“But there are some space constraints to consider in fitting a new 3,000 metre² exhibition hall and supporting plenary space into this CBD location, given existing buildings and roads in this area and also the Port Authority building and fig tree to the east.

“That is why, these concepts provide options to expand to the north or the east with a determination to be made that provides the best benefits for Cairns, the Port and the city well into the future.

“Additional convention business will be a catalyst for investment in the region in particular with continued hotel refurbishments and new hotel infrastructure. 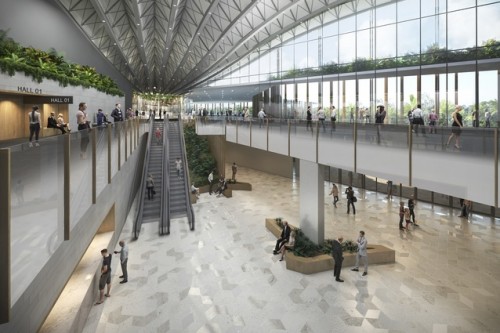 Cairns Convention Centre General Manager Ross Steele said the facility is already punching well above its weight on the global stage but it was time for the centre to modernise and expand to enter a new phase of life.

Steele added “investing in this kind of growth will enable us to take on new conferences and events of even greater sizes and complexity, which will cement our position on the global stage.

“We were awarded the World’s Best Congress Centre in both 2004 and 2014, which brought with it worldwide recognition to Cairns.

“An expansion will bring an additional 25 large conventions and events per year to Cairns and around 20,000 additional visitors per year to experience the wonders of the tropics.

“We’re estimating that that the new exhibition space will add around $30 million additional economic benefit to the region each year.” 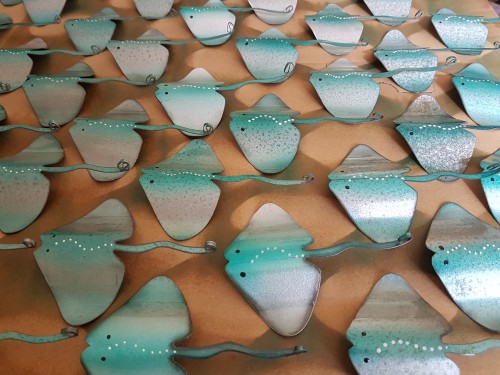 Cairns Convention Centre has been awarded the International Association of Convention Centre's (AIPC) Innovation Award (Delegate’s Choice) for their 20th birthday gift made from recycled steel, salvaged during the Centre’s roof replacement.

The gift was designed by local indigenous artist Wayne McGinness of Aboriginal Steel Art and is in the form of a manta ray, one of the ‘Great 8’ must see creatures of the Great Barrier Reef.

Images: Exterior (top) and interior (bottom) concepts for the Cairns Convention Centre, and its AIPC award winning steel art (below).