Expanding Australia’s High Net Worth appeal a positive for tourism 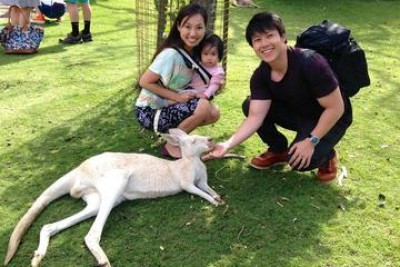 Tourism Australia’s latest campaign directly targeting high net worth Asian visitors is a welcome move for thousands of tourism businesses across Australia according to the Australian Tourism Export Council (ATEC).

Announced during a visit to Indonesia by the new Prime Minister and Minister for Trade, Tourism and Investment over the weekend, the new campaign aims to shed a new light on destination Australia, highlighting a broader range of experiences with a focus on visitors from India, Indonesia, Singapore and Malaysia

Welcoming the campaign, ATEC Managing Director, Peter Shelley stated “while Australia is well recognised for some of our most iconic features like the Opera House, Uluru, and the Great Barrier Reef, we have many more equally exciting and engaging high-quality experiences available to visitors.

“This campaign will refresh our image as a destination of choice for our neighbours and encourage them to explore the many amazing experiences we have further afield, especially throughout regional Australia.

“ATEC welcomes the Government’s focus on strengthening and investing in Australia’s international marketing campaigns and maintaining a focus on high end visitors from a diverse range of key markets.

"Especially pleasing is the focus on second tier growth markets which have the potential to deliver a great return to Australia, continuing to build on the success of the Dundee campaign which targets the US market and the continued impressive growth of the China inbound market.

“With more people than ever engaged in international travel and global travel continuing to grow at a remarkable rate, Australia needs to work hard to promote its unique offering and maintain its place in the global marketplace as a preferred travel destination.