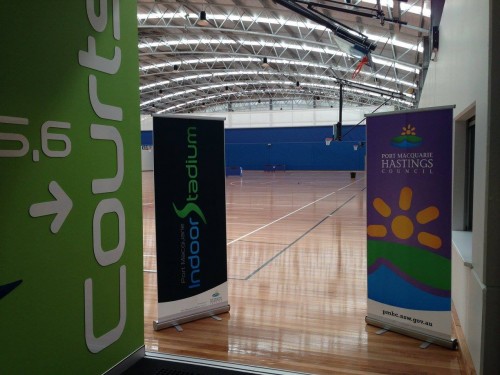 Port Macquarie has officially opened the doors on its revamped indoor sports facility, providing a modern, all-weather stadium with supporting amenities for the community.

Mayor Besseling said it was a fantastic facility, explaining "we have a magnificent community facility that will last us well into the future.

“From an economic perspective, council will look at opportunities that present themselves through sporting tournaments, and from a social perspective, it will obviously cater to locals in being able to utilise it on a day-to-day basis.” 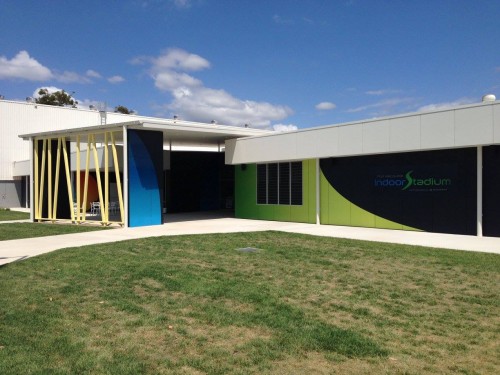 Mayor Besseling has previously spoken of the potential for the venue to attract “state and national events”, stating last year that “having a six-court stadium will provide for us to be able to bid for those, which provides a great economic boost for the area."

Hartsuyker agreed that the expanded indoor stadium had massive potential, adding “it is a fantastic national standard facility that has huge potential in relation to sports tourism.

“Not only is it a great facility for locals to use and enjoy but it certainly assists Port Macquarie in bidding for major sporting events.”

Located on Hastings River Drive, construction of the expanded Port Macquarie Indoor Stadium commenced in December 2015, expanding the original venue which dated from 1982.

The Federal Government provided $2.8 million to the expansion with the Council funding the balance. 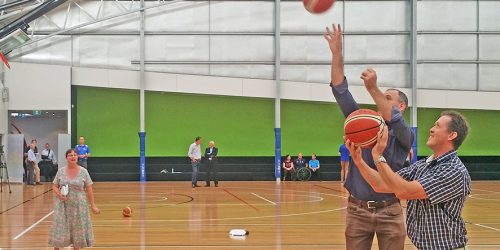 The energy efficient building has LED lights and louvres for natural ventilation while eight roof ventilators provide at least seven air changes per hour to the sports hall without drawing power from the grid.

Oliver concluded “we'll be able to get New South Wales Country Championships, which was the biggest gymnastics competition in the southern hemisphere.

"We have run three of them in the past. They have been very profitable for the town."

Images: The interior and exterior of the new Port Macquarie Indoor Stadium (top and middle) and Port Macquarie-Hastings Mayor Peter Besseling and local MP Luke Hartsuyker at its opening (below).