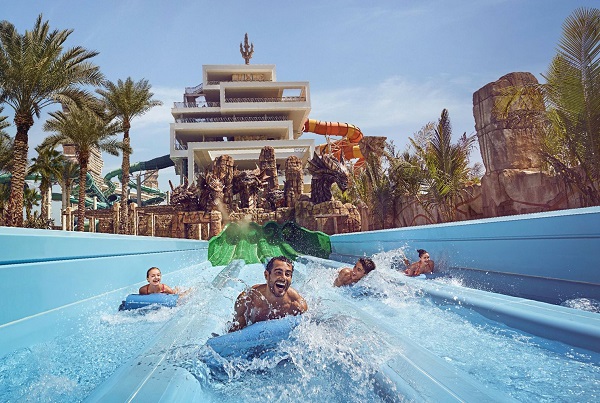 Newly completed additions at the Atlantis Aquaventure waterpark on Palm Jumeirah in Dubai represent what its owners say is the “biggest waterpark expansion in history” with attractions covering 5.5 hectares being added to the already 17-hectare site.

The massive ‘Phase 3’ extension at the Middle East’s largest waterpark sees it now offer 79 rides, including the world’s longest water slide which takes guests down a 450-metre fall. In addition, Atlantis Aquaventure is home to 26 ‘marine experiences’, water sport activities and 26 food and beverage outlets. 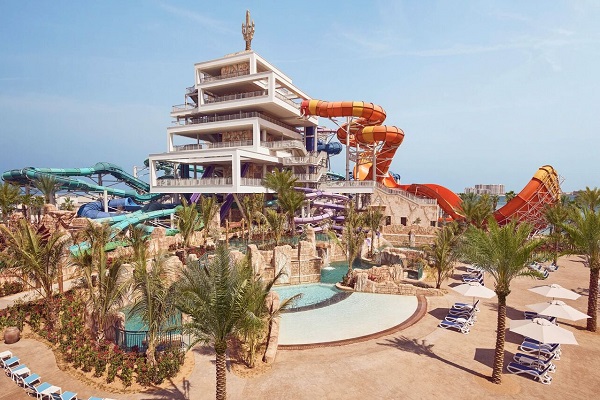 The Trident Tower at Atlantis Aquaventure (and at top).

Commenting on the work, Philip Baker, ProSlide’s Vice President - Business Development for the MENA region, advised “Atlantis Aquaventure sets a new waterpark standard for Dubai, the Middle East, and the world (and) we are grateful for the opportunity to once again work with Atlantis and, together with the project team of global industry professionals, help them to realise their amazing vision for this extremely significant expansion project. 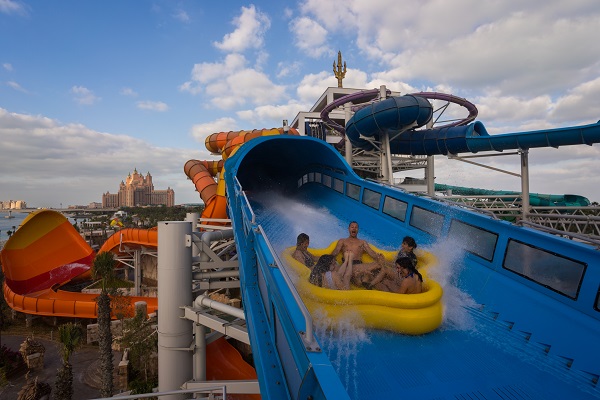 Also making its debut in the EMEA region is ProSlide’s RallyRACER®, the latest evolution of the mat racer. Dubbed ‘Hydra Racers’ at Aquaventure, the RallyRACER® features ProSlide’s patented RallyPOINTS which are sections of u-shaped flume with low divider walls that allow riders to see and hear their competitors at strategic points during the race.

The innovation continues as Trident Tower boasts even more record-holders and “firsts” in the region, including the world’s tallest Double TornadoWAVE® called ‘Odyssey of Terror’ and the EMEA’s tallest FreeFALL speed slide dubbed ‘Blackout’.

Splashers Cove is the perfect introduction for future thrill seekers as they race their friends and family on the world’s first KIDZ RallyRACER. With an abundance of junior water rides, Splasher’s Cove (and the KIDZ Zone Splashers Lagoon) is a water park within a water park and the perfect attraction for children and families. 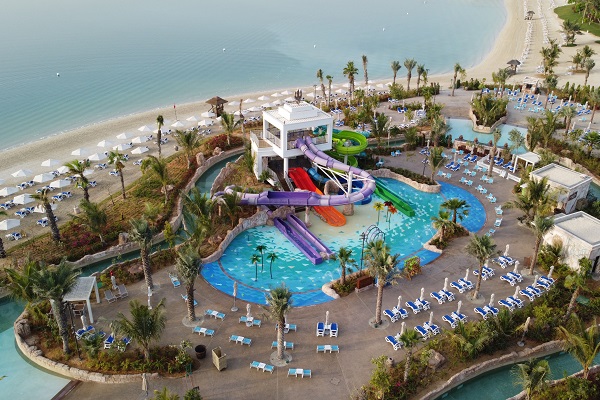 Pleased with ProSlide’s work, Sascha Triemer, Vice President - Marine and Waterpark at Atlantis, Dubai, added “the water rides ProSlide installed are second-to-none and are the perfect complement for our vision for Atlantis to be among the world’s best water parks.

“Their technology, innovation, and creative design have brought Atlantis to a completely new and higher level in the destination industry that could not have been achieved with any other water ride manufacturer.”

The beach at Atlantis Aquaventure has also been extended. It is now double its former size, at just under 1 kilometre in length.

The new extended waterpark is opening in phases, with the first phase having opened as of 1st March.