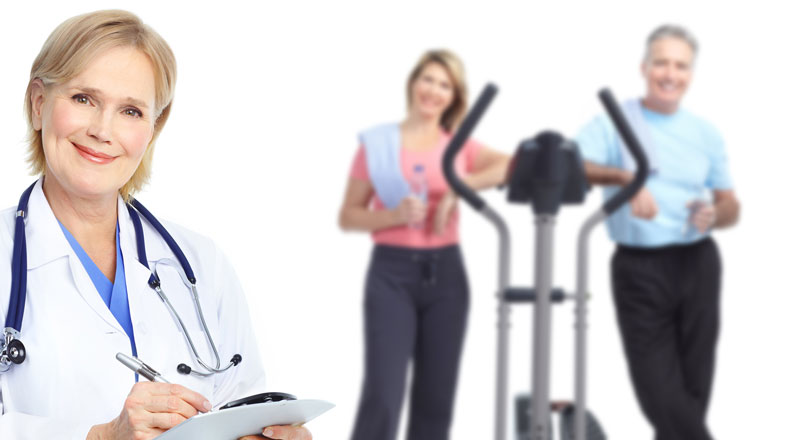 While almost every Australian is familiar with the term diabetes, knowledge of how it can be identified and avoided is less widely recognised and will be put under the spotlight in National Diabetes Awareness Week from 8th to 14th July.

It is estimated more than one in ten Australians have pre-diabetes or diabetes, the country's sixth leading cause of death.

Type 2 diabetes is the most common form of the condition affecting up to 90% of those diagnosed and it is estimated that approximately 3.3 million Australians will have Type 2 diabetes by 2031. While this condition usually affects older adults, more and more young people are being diagnosed including children.

Exercise & Sports Science Australia (ESSA) Executive Officer, Anita Hobson-Powell, says despite these worrying statistics there is good news as up to 60% of Type 2 cases can be prevented by changes in lifestyle and being aware of how diet and lack of exercise can increase the risk.

Hobson-Powell explains "there is compelling evidence that Type 2 diabetes is more likely to develop in individuals who are insufficiently active, so by maintaining an active lifestyle and exercising regularly you can significantly reduce your risk.

"While many people are familiar with the term diabetes, the symptoms are easily dismissed which is why we encourage people to evaluate any tell-tale signs and see their GP if they have any concerns. According to a recent report released by the Australian Institute of Health and Welfare (AIWH), one in four adults and one in 12 children are obese in Australia and the number of people with diabetes doubled between 89-90 and 07-08 from 1.5% to 4.1%. Many experts are concerned with effects that obesity may have on the rising rates of chronic disease including diabetes. In the meantime I know it's a cliché, but regular exercise is good for you so if we all increased our activity levels we could directly impact on the number of Australians with diabetes which would be a great outcome."

For those diagnosed Type 2 patients and the close to one million Australians who are believed to be undiagnosed, exercise can also form an important part of their treatment.

Based on research evidence, ESSA recommends patients with Type 2 diabetes or pre-diabetes accumulate a minimum of 210 minutes of moderate-intensity exercise or 125 minutes of vigorous-intensity exercise a week to gain significant benefit. It is further recommended that this includes at least two resistance training sessions per week to achieve maximum benefit.

Hobson-Powell adds "we always recommend an exercise training program is written and delivered by someone with the appropriate qualification and experience to manage a patient's specific requirements as one size does not fit all and there may be risk of complications."

Hobson-Powell suggests that some Australians may also be entitled to Medicare funded treatment sessions and suggests that anyone affected see their GP for referral.

Hobson-Powell concludes "many people think that accredited exercise physiologists only work with elite sports people or are much like personal trainers but helping people with diabetes or other chronic conditions is where many in the profession focus their attention. Their university training equips them to go beyond training and enables them to understand the effects of exercise on the body, both physically and mentally."

Diabetes Australia says almost a million Australians are currently diagnosed with diabetes and estimate almost as many again have the condition and are not yet diagnosed. When you add pre-diabetes into the statistics, the organisation estimates the total number of Australians with either diabetes or pre-diabetes is 3.2 million, which is a staggering 14% of the population.

In Type 2 diabetes, many people have no symptoms at all, while other signs are dismissed as a part of 'getting older'. By the time Type 2 diabetes is diagnosed, the complications of diabetes may already be present. Symptoms include:

You are at a higher risk of getting Type 2 diabetes if you:

Exercise & Sports Science Australia (ESSA) is the peak professional body for exercise and sports science in Australia and provides national leadership and advocacy on key issues. It supports its over 3,500 members and the community through fostering excellence in professional practice, education, training and research.

21st October 2011 - FITNESS NOT FATNESS SHOULD BE MANTRA

11th August 2011 - EXERCISE SHOULD BE 'STANDARD PART OF CANCER CARE'