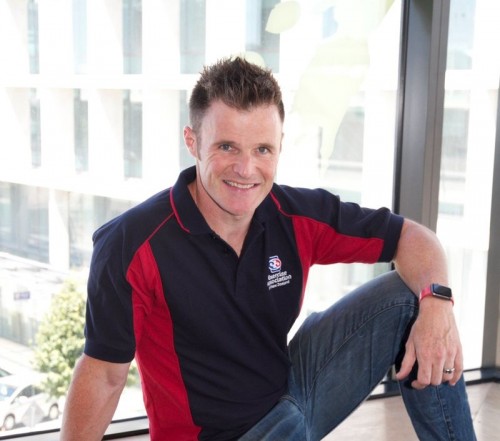 New Zealanders wanting to be more active in 2018 should maintain their exercise routines over the holiday period according to Exercise Association of New Zealand (ExerciseNZ) Chief Executive Richard Beddie.

Stating that New Zealanders should take a small break over Christmas, but be committed to being more active after New Year’s Eve, Beddie (pictured) explains “enjoy the food but people just need be aware of what they are doing and how much they eat. Plan how to cope over Christmas or at big social gathering situations which may be challenging.

“When there is free unlimited food practice saying, ‘no thank you’.

“Healthy living isn’t about sacrificing for one day, it’s about making changes for the long term, so people should focus less about how much they eat on Christmas day and more on how well they eat and how active they should be for the two weeks either side of 25th December.

“For already active people the challenge can be maintaining the routine; the frequency can drop, but it’s important to keep up regular work outs.

“For those that are not active on a regular basis then holidays and a break from routine can be a great opportunity to form new habits.

“Christmas is approaching fast, and many people not only tend to ruin their usual diets, but they also gain a few extra pounds. Based on studies, most people tend to gain additional weight during the holiday season helped by lack of physical activity and exercise.

“Kiwis should still keep up their fitness routine whenever possible and if they can’t do that, simply walk more and at least try some form of activity.

“Come New Year, people should set realistic exercise objectives. For those new to activity, if they aim for at least half an hour once or twice a week, they should be very happy to consistently achieve that, and build from there.

“Finally, drink lots of water. This can appease appetites as well as help with staying hydrated.”

There are an estimated 550,000 New Zealanders who work on their fitness at gyms and exercise facilities alone.