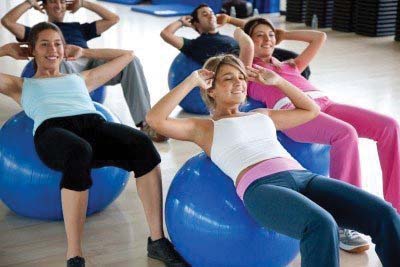 A YMCA Victoria survey of 3,000 members at their managed fitness clubs that asked how they felt before and after exercise, has revealed that exercise makes people happier and people who do group fitness classes are the happiest.

The survey found that more than 85% of respondents felt happy or 'elated' after exercise.

Asked how they felt before exercise:

Asked how they felt after exercise:

Commenting on the findings, YMCA Victoria Chief Executive Peter Burns stated "I've been with the YMCA for 35 years and I've seen this every day since my early years as a fitness instructor - physical activity makes us happier.

"Physical activity is good for your health, but it's also a great way to be part of your community, to feel like you belong somewhere and to connect with other people."

Group fitness was the physical activity that made people happiest, followed by gym and running.

Females aged 35-59 enjoyed exercising in a group the most and were more likely to feel part of their community, the survey found.

The results were not a shock to Macleod Recreation and Fitness Centre's Sarah Page, whose group fitness classes are so popular they get booked out in advance.

Page explained "it's no surprise to me that people doing group fitness were the happiest. The energy in the room is always amazing and we have a lot of fun. As an instructor it is important to create an environment that people can enjoy while getting fit."

Sarah's class members range in age from 13 (accompanied by parents) to 87.

She adds "people like group fitness because they're accountable to instructors and other participants, but there's a social side to it too. When you come to group fitness classes you not only achieve your health and fitness goals but you also make a lot of friends."

YMCA Derrimut Health and Aquatic Centre group fitness expert Leigh-Jay Ascension, who has taken group fitness classes for 10 years, said men are missing out when it comes to group fitness.

Ascension stated "group fitness participants tend to be mainly women but men don't realise how much classes can help them get the fitness results they want. They tend to think it's just about lifting weights.

In other survey results, people said the main benefits they had experienced since starting to exercise regularly were feeling fitter and stronger, healthier and increased self-esteem.

For more information go to www.victoria.ymca.org.au