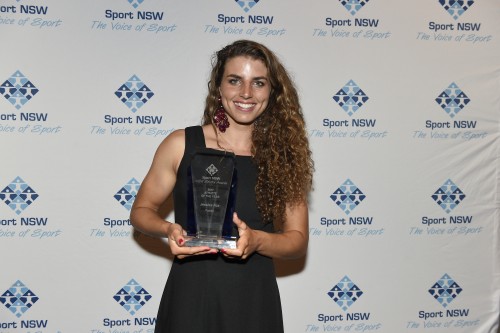 Two-time Olympian Jessica Fox has joined the greats of NSW sport in being named Athlete of the Year at the gala NSW Champions of Sport Ceremony at Sydney’s Rosehill Gardens on Monday night.

Fox, a medallist at the 2012 London and 2016 Rio Olympic Games, enjoyed an outstanding year winning a total of 13 individual medals and three team medals in the women’s C1 and K1 events at the 2017 World Cups and World Championships.

The evening saw, for the first time, the induction of new entrants into the NSW Hall of Champions combined with the NSW Sports Awards in one gala ceremony. 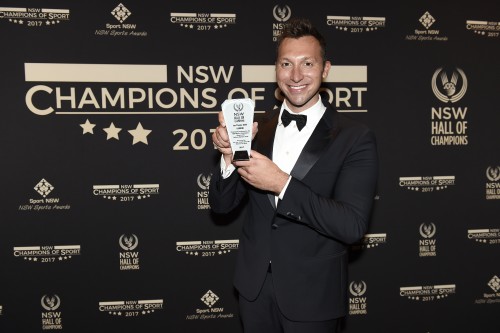 Commenting that Fox was joining legendary sporting heroes, NSW Minister for Sport Stuart Ayres commented “six of the seven NSW Athlete of the Year finalists were women, and Jessica stood next to an outstanding array of sports finalists.

“Jessica is an exceptional young role model for all athletes, and I look forward to continuing to see her represent NSW and Australia in paddling.

“The success of our female athletes follows on from the recent announcement by the NSW Government to develop a Women in Sport strategy that supports increased participation amongst females, and helps to advance the rising stars of professional sports women.”

Sydney FC’s record-breaking 2016-17 A-League season, where they set a record for most competition points in a season (66 points) and most wins in a season (20 wins) was recognised when named Team of the Year.

Netball NSW and AFL NSW/ACT were named joint winners of the Organisation of the Year, while Hockey NSW’s David Thompson was named Administrator of the Year. 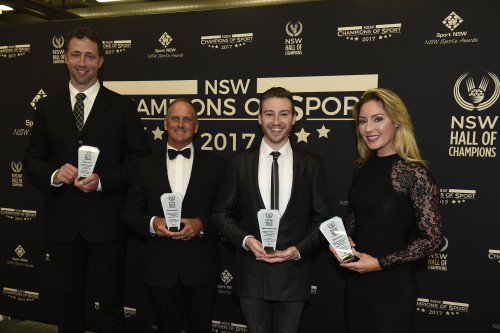 La Posta added “the quality of the award finalists is making it very difficult for the judges, as we have seen with two categories having joint winners.

“Sport continues to play an integral role within our communities and we are fortunate to have such an outstanding array of athletes, officials and administrators leading the way for others to follow in the years to come.”

The Award winners are: