Events a magnet for overseas visitors 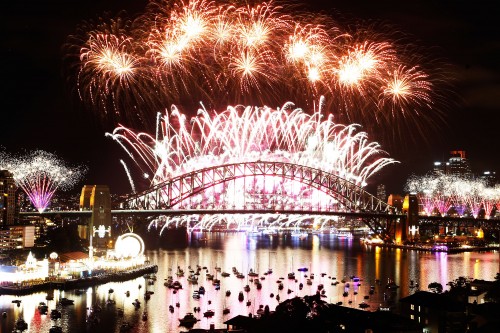 Sydney’s major events are a significant drawcard for overseas visitors, with new statistics showing half those attending hail from the US, China, UK, Germany and other parts of Europe.

Well over a million people attended this year’s Sydney’s New Year’s Eve, and according to leading research analysts Stollznow, more than 46% of whome travelled from overseas specifically to attend the event, and then stayed in Sydney for an average of 7.4 nights – 32% in central Sydney.

In addition to this, almost 90% of visitors in Sydney during New Year’s Eve said they came specifically for the event and had attended the event multiple times in previous years.

Sydney has retained its status as ‘New Year’s Eve Capital of the World’, in terms of visitor numbers as well as the millions watching across Australia and a billion people watching around the globe.

The City is working in partnership with the NSW Government to ensure Sydney’s New Year’s Eve remains the world’s best New Year’s party.

Sydney’s Chinese New Year Festival has also become the largest Lunar New Year celebration outside Asia with more than a million visitors this year attending more than 70 events over 16 days – an increase of 67% on 2015.

And this year’s festive season will see a host of new trees, decorations, light installations and events as part of a new creative vision for Sydney Christmas aiming to attract even more residents, visitors and shoppers to the city centre.

“It’s fantastic to see our New Year’s, Chinese New Year and Christmas celebrations inspire so many people from all around the world to visit Sydney.

“Working closely with government helps us deliver world-class events for millions of people every year.

In February, the City called for three tenders for new Christmas decorations around the city, projections, light installations and sculptures and Pitt Street Mall activations for 2016.

An expression of interest for Christmas 2017–2021 was released in March seeking an innovative creative direction for the Martin Place Christmas Tree and decorations, artworks and events that will transform the new pedestrian sections of George Street and attract thousands more families and shoppers to the city centre.

Lord Mayor Clover Moore added “the City is looking for ideas for 2017-2021 that propose an array of visual technologies or techniques in various Sydney locations that will attract and delight audiences and visitors to our city.”