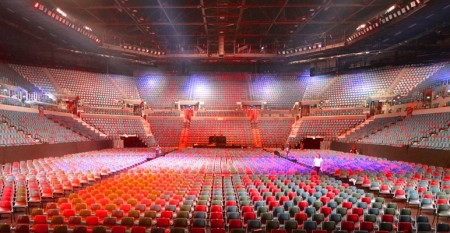 Vector Arena was also Ticketmaster Large Venue of the Year at the Awards, presented on Monday (2nd December) at the Auckland Art Gallery, during the EVANZ annual conference.

The Awards were also significant for Megan Brown of TSB Showplace New Plymouth who was named OPTIMO Software Supreme Venue Person of the Year and the EVANZ Rising Star of the Year.

Introduced by EVANZ this year, the awards aim to recognise and reward the success of venues and the contribution of individuals in the New Zealand venues industry.

Winners in the eight award categories were:

Over 150 delegates and award ceremony guests have attended its annual conference held at The Edge in Auckland this week.