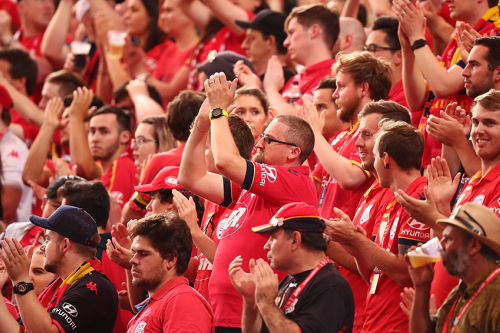 Adelaide United have confirmed an immediate change of ownership with a reported group of European-based investors believed to have purchased the club for $12 million.

Football Federation Australia (FFA) have ratified the sale from its South Australian owners including Robert Gerard, who had been a 30% stakeholder.

Gerard told Adelaide’s radio FIVEaa “it’s mainly Dutch people ... they do own football clubs and they wanted to grow their little group of clubs.”

Club owners Gerard and Chairman Greg Griffin each had a 30% stake while Dr Richard Noble and Bruno Marveggio had each had 20% having bought the club eight years ago from FFA.

The Club’s new owners are a group of predominantly European business people with business activities in Europe, Australia, and Asia and have company offices in Hong Kong.

Piet van der Pol, an experienced football administrator, will be the main representative of the investors in Adelaide.

A statement from the Club advised "the new owners are looking forward to helping Adelaide United, and Australian football as a whole, move on through the exciting phases of development that domestic football is going through, hoping to further improve the Club’s performance through their existing network in business and sports with a focus on international cooperation, talent development, and community engagement.

"For the remainder of the season, the focus should be on the team and make sure Marco Kurz’ men will finish the Hyundai A-League 2017/18 season in the best possible way by qualifying for and successfully competing in the finals."

"The investors will take this time to get the know the Club, its members and supporters, and sponsors, as well as the South Australian community as a whole and will present their plans for the near and further future in due time."

"The new owners would like to express their gratitude for all the efforts of the previous shareholders who have successfully guided the Club through a difficult phase from their first involvement, with the 2016 Premiership and Championship as the highlight in the Club's existence so far."