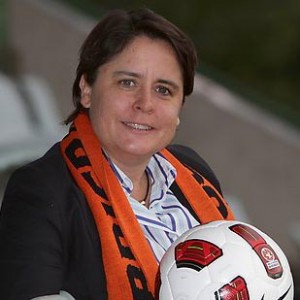 Football Federation Australia has confirmed that Brisbane Roar Chief Executive Eugenie Buckley is to step down from her position to take up other opportunities following the completion of her contract with the Hyundai A-League Club.

Originally brought in to restructure the Brisbane Roar Football Club, Buckley has worked tirelessly to bring some highly successful changes to the organisation and structure of the Club including doubling Brisbane Roar season memberships for the coming season to 3,842 members, significantly increasing corporate hospitality and achieving a range of significant sponsorship targets.

Following the completion of this initial restructuring process Buckley will be moving on to other projects while leaving the club in a very strong position to now push forward and excel both on and off the pitch for the upcoming Hyundai A-League 2011/12 season.

Michael Bowers will take up the role of acting Chief Executive in the interim to continue the good work started by Buckley and her team.

Sports lawyer Buckley explained "over the past six months, my focus has been on making Brisbane Roar FC as 'saleable' as possible given this was FFA's number one imperative.

"I have thoroughly enjoyed my time with the club and believe Brisbane Roar is now in a fantastic position to establish itself as one of the premier sporting clubs in Queensland."

Head of Hyundai A-League Lyall Gorman has signaled that the work Eugenie Buckley has done has helped put the Club in a strong position moving forward, stating "the work Eugenie has done in this space has been excellent and she has put the Brisbane Roar

Football Club on very firm footing as they head towards defending their Hyundai A-League 2011 Championship.

"While losing a great performer like Eugenie Buckley is a disappointment we thank her for her tireless efforts in reshaping the Club.

"There will always be place for Eugenie in the football family and we wish her well for all her future endeavours."