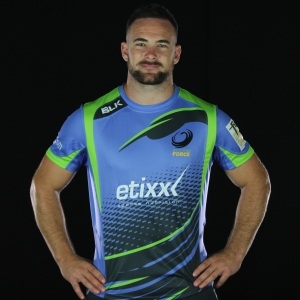 The deal, which will run for three years, from the 2015 season until 2017, will see Etixx branding will appear on the collar of players’ jerseys as well as on the front of the team’s training wear.

The Etixx partnership will also it work with Rugby WA to host a series of clinics to educate local club rugby players on the relationship between nutrition and performance.

Local clubs will also have access to Etixx products for the duration of the partnership.

Owned by Belgium-based multinational pharmaceutical company, Etixx is one of the fastest growing sports nutrition brands in Europe. It guarantee the absence of prohibited substances with all products displaying the Informed-Sport logo on pack, which is now the international gold standard for quality assurance.

Etixx, which will launch in Australia in January, is already established in the sports sponsorship market through partnerships with the likes of English Premiership rugby union team London Irish and French Ligue 1 football club Lille.

It is also due to become a major sponsor of the Tour Down Under whioch runs from 17th to 25th January.

For more information on Etixx in Australia go to www.etixxsports.com