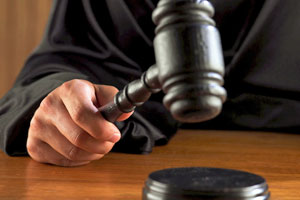 The embattled Essendon Football Club has been fined $200,000 in the Melbourne Magistrates Court for its reckless and secretive drug and supplements regime.

Charged by WorkSafe Victoria in November last year for breaching the Occupational Health and Safety (OHS) Act over its handling of the 2012 supplements program, the club accepted the charges and entered a guilty plea to the Court before Christmas.

In the Court, representatives for the Bombers admitted that players were not provided with a safe work environment despite policies and protocols put in place to protect them.

Sentencing the Club, Magistrate Peter Reardon criticised its 2012 attempt to “get an edge” on the competition through radical changes to its performance regimen, referring to a “blatant disregard” for player safety and reserving special mention for the actions of then-coach James Hird, “self-titled” sports scientist Stephen Dank and fitness coach Dean Robinson.

Magistrate Reardon stated “it is impossible to tell how many injections players were given and what was in the injections.”

He added that a motivation to thrust Essendon back to the top of the AFL competition preceded the decision to appoint Dank and Robinson and Hird told club officials to “go for it” in regards to getting the best from player performance.

The Court also heard that senior players had raised concerns about the supplements and injection regime in January 2012, only a month after they began and protocols were redrawn to require all substances were cleared by the club doctor Bruce Reid.

However, Magistrate Reardon said those protocols were “totally ignored” and injections both at Essendon and off-site continued without Dr Reid being informed.

The secrecy of the program was underlined with evidence the players were told not to talk about it other than with Hird, Robinson, Dank or Dr Reid to “maintain Essendon’s competitive advantage”.

Magistrate Reardon added there was a “lack of clarity about who was actually in charge of the football department” at the time.

The second charge related to a failure to adhere to the new protocols set in January 2012 which required the club doctor to be fully informed of supplements and injections, requiring the doctor to make recommendations and for players to give informed consent.

34 past and present players were earlier this month banned from playing during the 2016 season after the a ruling by the Court of Arbitration for Sport.

Following the ruling, WorkSafe Victoria issued a statement saying the sentence was “a warning to professional sports organisations that they must protect the health and safety of their players, many of whom are young and vulnerable workers.”

The statement added “Essendon failed to provide a safe workplace for its players by failing to provide them with a safe system of work.

“All employees, whether they are working on a factory production line or competing as a professional sportsperson, have every right to expect that their employer will provide a healthy and safe workplace.

“While this was a matter of great media and public interest, WorkSafe will continue to direct its resources to Victoria’s high-risk industry sectors - such as manufacturing, construction and agriculture - where, tragically, fatalities occur all too frequently and thousands of Victorians continue to suffer injuries at work.

“(The) outcome serves as a warning to every Victorian employer that they must provide a healthy and safe workplace for their employees.”

Click here to read the WorkSafe Victoria statement in full.