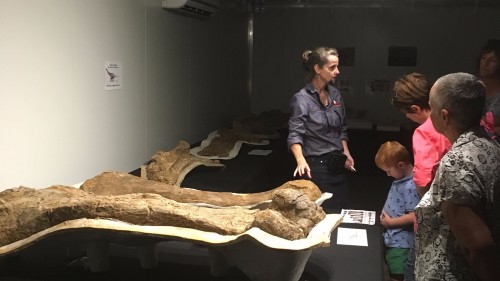 Operators of Australia's newest dinosaur museum are hoping that crowd-funding will help them develop their next attraction.

The Eromanga Natural History Museum - which is home to the fossil of Australia's largest dinosaur 'Cooper' - has already attracted thousands of tourists since opening in March.

However, the Museum's operators are now appealing to the public to crowdfund a project to get a set of 3D printed replica dinosaur legs.

Museum Manager Robyn Mackenzie said the ultimate plan is to build a complete skeletal replica of Cooper, the Titanosaur discovered there in 2007, starting with one hind leg and one front leg.

Mackenzie told the ABC “we're really keen to get this project up so we can show everybody the size of Australia's largest dinosaur.

"This is a dinosaur that grew up to 30 metres and around about six-and-a-half metres high - so it's in the top 10 dinosaurs in the world, it's absolutely massive."

Mackenzie estimates that the cost 3D printing the bones will be about $40,000, and she wants to raise the money before the end of the year. 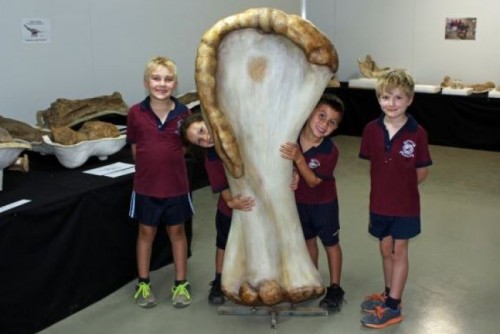 Mackenzie added “we really want to get it up and going before the tourist season next year which means we only have a couple of months to raise the money now.”

The Museum has been collecting and storing fossils for more than a decade and only came to fruition after collecting about $1.75 million in donations and in-kind support.

Recent Federal and Queensland Government grants also helped towards establishing on-site accommodation at the museum, to build on tourism growth.

Eromanga is located on Queensland's outback western fringe, about 12 hours drive from Brisbane.

The attraction now employs six local staff and is looking to hire a seventh.

Mackenzie says the enterprise has boosted the local economy through years of drought, concluding “things are tough on the land and tough with the resources companies and the local businesses that depend on them, so there's a lot of people that are looking for extra income so we're actually able to provide that through this project.”