The deal with NCP, a leading private equity firm that focuses on the "health, wellness and active living sector" will see Curves co-founder and Chief Execuitve Gary Heavin step down from his executive role.

Heavin and his wife, Diane, will play a role in the company as members of the board of directors along with NCP founder and Managing Partner Chip Baird and Managing Director Jon Canarick. Meanwhile, Connecticut, USA-based NCP will hire a new Chief Executive.

Co-founded by Gary and Diane Heavin in 1995, Curves grew to have 10,000 locations worldwide and an estimated four million plus members by late 2006.

However, between 2007 and 2010 more than a third of Curves US franchise closed in what was described as one of the largest mass-closings in franchising history. In 2010, then Curves President described the closures as "pruning the system" but the business came under fire for the aggressive use of law firms and collections agencies to recover debts from failed franchisees.

Gary Heavin was also critised for multi-million dollar charitable contributions to what he described as "pro-life pregnancy care centres".

Accusations, later withdrawn, by the San Francisco Chronicle that Heavin supported militant anti-abortion groups affected Curves' business leading to declining memberships down and some franchisees severing their ties with Curves.

Throughout negociations with NCP, Heavin informed franchisees of the planned equity deal although, in July, he indicated that he had not been asked to step down as Chief Executive of the company.

However, this week Canarick confirmed that the Heavins will be moving out of their day-to-day management roles, stating "they'll be on the board of directors for the full length of North Castle's involvement, which will be a long time.

"We consider Gary and Diane to be incredibly valuable partners. They have a tremendous amount of knowledge and experience to offer, to help set strategy, to help advise the CEO and help the outlook for the business." 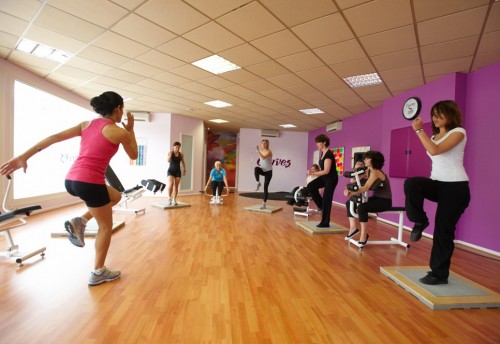 Canarick did not disclose the amount of North Castle's investment in the women-only franchise, and he would not go into details of North Castle's plans for the company, other than putting a greater emphasis on a more holistic approach to women's health.

Those plans will be discussed with franchisees at the Curves convention, which will take place on 19th and 20th October at Caesars Palace in Las Vegas.

Canarick added "we certainly acknowledge that we're investing in a business that in North America is obviously in decline in terms of the number of units.

"I think that's pretty well understood. We believe we can reinvent and rejuvenate the brand and the operations."

In an email to franchisees, Heavin wrote that Curves and NCP have been building a partnership over the past seven months, stating "we recognise turning around the performance of Curves in North America begins with a more profitable franchise.

"In order to meaningfully increase franchise profits, we anticipate that the new leadership team will enact a number of changes and they will need your patience and cooperation in helping the entire system reach its potential. While we have a lot of ideas as to what will change, the turnaround and operating plan will be developed by the newly hired CEO in partnership with the existing team, other new hires and the board of directors."

Heavin added that moving to one Curves brand will be critical to the company's success.