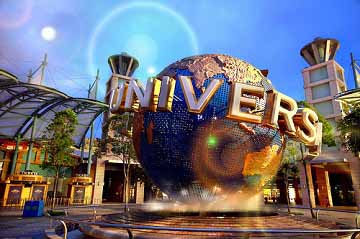 Longstanding plans for a Universal Studios theme park in Dubai have been officially scrapped, after the project’s main backers confirmed the plans have been abandoned.

News agency Zawaya has reported that the theme park’s two main backers – Dubai Holding and Universal Studios Theme Parks and Resorts – have both pulled out of the project, which first broke ground in 2008 and was originally scheduled for completion at the end of 2010.

The development stalled during the 2008 financial crisis and was pushed back to 2015.

A Universal spokesperson advised “while we are always open to opportunities in the region, we’ve stepped away from this specific project.”

Dubai Holding also confirmed it was “no longer in discussions with Universal Parks and Resorts concerning the development of a theme park in Dubai.”

While the Universal development has been shelved, the Middle East is currently experiencing a boom in theme park development.

As part of DXB’s continued development, work has also started on a Six Flags property, which will be the fourth park under the company banner, in addition to Legoland Dubai, Motiongate Dubai and Bollywood Parks.

Miral recently broke ground on a new Warner Bros. theme park on Yas Island, set to debut in 2018, while local developer Al Ahli Holding Group is also working on the first Fox-branded theme park in the region, with the attraction is set to open in 2020.