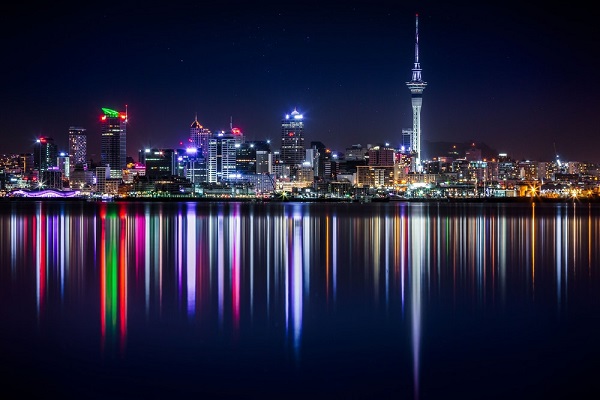 Emirates Team New Zealand has said it will be able to make the 36th America’s Cup the “most accessible and inclusive” edition of the sailing showpiece after being given approval to return to its plan of staging a land-based stadium event.

Emirates Team New Zealand, defender of the America’s Cup, and Luna Rossa, challenger of record, had a public disagreement last month over a ruling that appeared to end the former’s plans to enhance the fan experience.

The America’s Cup Arbitration Panel issued a ruling that effectively cancelled the use of the inner harbour stadium race courses for all racing of the Prada Cup, the challenger selection series to be held in January and February 2021, along with the America’s Cup Match itself, scheduled to be staged from 6th to 21st March.

As the defending champion from the 2017 America’s Cup, Emirates Team New Zealand has held the right to organise the series and had been planning to include two courses in the Rangitoto Channel nearest to Auckland’s inner city waterfront and along the North Shore’s eastern beaches.

This would have allowed land-based spectators a closer view of the action, with Emirates Team New Zealand stating that using the Auckland skyline as a backdrop during racing had always been a “critical part” of showcasing the city and New Zealand to the world in an event with a significant global audience.

Last week, Emirates Team New Zealand filed a request for mediation with the America’s Cup Arbitration Panel which was today rejected due to at least one of the challengers not agreeing to engage with the process.

In parallel to this request, Emirates Team New Zealand and America’s Cup Event (ACE) held talks with Ports of Auckland about a secondary solution citing the “critical importance” of making sure that racing could happen on the inner harbour courses as envisaged.

Ports of Auckland has now announced that it will facilitate the use of the inner harbour race courses that had been in question, B and C, for all racing for the 36th America’s Cup.

Ports of Auckland Chief Executive, Tony Gibson advised “we wanted the public to be able to enjoy the America’s Cup races as much as possible, so we looked again at the impact of racing on the port’s operations.

“The situation has changed considerably since January. Because cruise ships are no longer able to visit Auckland, we now believe we can successfully manage freight operations even with closures to the shipping channel for racing. We will work with shipping lines to ensure there is minimal impact on their operations and to keep Auckland’s freight flowing. We are very pleased to be able to support the event in this way.”

Ports of Auckland have agreed to accommodate a further 10 official race days and six reserve days during the Prada Cup round-robin and semi-final, ensuring all courses are available to all teams.

The shipping channel will need to be closed between 1pm and 7pm on days when courses B and C are used for racing. This is to allow race and spectator boats time to get to the courses, for racing to be completed and to clear the course so ships can come in and out safely. The decision on what racecourse is used each day is the responsibility of the regatta director.

Emirates Team New Zealand Chief Executive Grant Dalton said he was grateful for Ports of Auckland’s understanding of what was at stake for the people of New Zealand, the worldwide TV audience and the spectators being able to watch the racing from land.

Dalton noted “Tony and his team have stepped up to help Emirates Team New Zealand and America’s Cup Event Ltd deliver on the promise we made years ago, to make this America’s Cup the most accessible and inclusive event ever.”