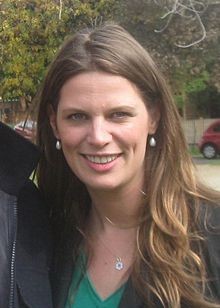 Minister for Sport, Kate Ellis has given a strong indication that the Federal Governmentâs sport funding objectives will shift to community recreation and preventative health while speaking at the Sports Business World conference in Sydney today.

Referring to submissions for future funding by national sporting organisation to the Federal Government appointed Panel investigating how to reform Australia's sporting system, Minister Ellis stated that "extra funding for sport is not the answer", going on to highlight the Government's "emphasis on preventative health."

While stressing that the Rudd administration would "not be walking away from elite sport", the Minister the Federal Government's investment in community sport and recreation infrastructure, support for "sport for life" objectives and wanting "to better entrench sport into school programs - as an ideal platform to set up healthy habits for life."

The Minister also indicated that David Crawford chaired Panel investigating how to reform Australia's sporting system will soon be delivering its final report to the Government.

Minister Ellis also announced that it will contribute $50,000 to support the establishment of an Australian âCaptains Forumâ, to be developed in partnership with the Sport Australia Hall of Fame.

The âCaptains Forumâ will bring together Australiaâs sporting captains to provide leadership on a range of issues both on and off the sports field.

The Forum, a concept developed by rugby legend John Eales, will be forged in partnership between the Australian Sports Hall of Fame, the Australian Government and Australian sports.