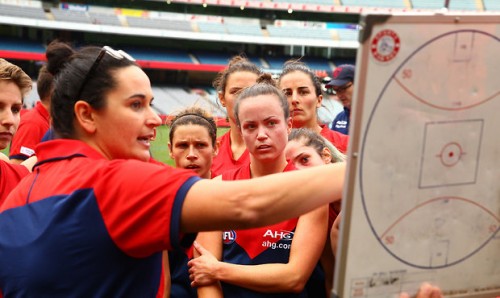 The AFL have revealed the eight clubs granted licences to field teams in their inaugural women’s competition.

13 AFL clubs lodged bids for a licence in the 2017 women’s competition with the five clubs that missed out on the first season of competition to be considered for future licences.

The AFL is now expected to brief each club n player signing and drafting rules.

The women's competition is set to start in February, with the format and rules still to be decided. The end of the first season of the new league could coincide with round one of the AFL season.

Melbourne and the Western Bulldogs have been fielding women's teams in AFL exhibition matches the past three seasons and were considered front-runners to win licences.

The two have developed an intense rivalry and will face each other again on 3rd September as part of the AFL's 'Celebration of Football' week.

Image: Melbourne have been at the forefront of the development of elite women's AFL. (Courtesy of AFL.com.au)