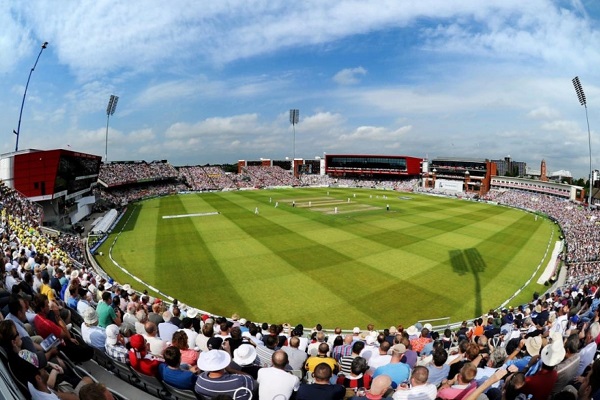 As part of both venues’ commitment to continual learning and knowledge sharing, 2019 will see the inaugural exchange take place where one staff member visits the other venue to spend three to five weeks immersed in their operations.

The annual initiative between the Auckland and Manchester venues will see the candidates work across a variety of departments including commercial, operations, marketing and turf, to gain a holistic view of each respective work stream.

Explaining that it’s a priority for New Zealand’s national stadium to stay ahead of the game and continue to upskill, and retain, its versatile workforce, Eden Park Chief Executive Nick Sautner advised "we are committed to furthering the Eden Park team’s education and business acumen through our relationship with 159 year-old Emirates Old Trafford. This enables us to offer our staff the rare chance to learn off one of the United Kingdom’s most prestigious cricket clubs."

That sentiment is echoed by Lancashire Cricket Club’s Chief Executive Daniel Gidney who is thrilled to offer staff a chance to visit a globally-recognised stadium in a part of the world they might not normally travel to.

Gidney added “some of the most memorable international cricket and rugby heart-stoppers in the Southern Hemisphere have been played at Eden Park so it’s a prime opportunity for Lancashire Cricket to collaborate and share knowledge with another stadium leader.”

This year’s exchange programme at Emirates Old Trafford offers an opportunity to work across events such as the Vitality Blast and women’s Kia Super League fixtures as well as the Fourth Specsavers Ashes Test which takes place at the stadium this week.

Eden Park will open its doors in early 2020 for the reciprocal candidate to experience a packed summer of domestic and international cricket including appearances from the BLACKCAPS and WHITE FERNS, plus India and South Africa sides.