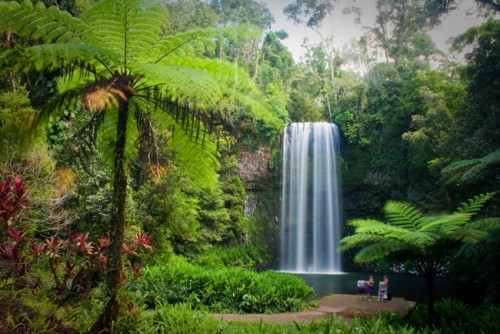 “From world famous beaches, to ancient tropical rainforests, red sandy deserts and the largest coral reef in the world.

“The Government thinks Queensland should be the eco-tourism capital of the country.

“This is in stark contrast to the former ... government. They tried to trash our national parks, opening them up for inappropriate commercial development, removing ‘conservation’ as the sole object of the Nature Conservation Act and then allowed rolling term leases for grazing on national parks.

“We have reinstated these important protections and we are proving we can invest in our parks to create tourism jobs while protecting them.

“And thanks to our dedicated rangers, we managed to get most of our parks and forests reopened within three months of Tropical Cyclone Debbie making landfall, which was an excellent achievement.

“We’re also restoring the ranger workforce after the savage cuts inflicted by the LNP.

“The LNP slashed $10 million from the Queensland Parks and Wildlife Service salaries budget in 2012. That meant QPWS had around 60 fewer active and paid rangers in 2014 while the non-ranger workforce in QPWS was cut by 25%.”

He added “revitalising national parks and enhancing nature-based recreational opportunities is a priority, as is protecting the natural and cultural values of our national parks.

“In the last year, the department has also delivered significant infrastructure to improve the visitor experience, including stage one of the Daisy Hill Koala Bushland Action Plan, which is almost complete.

“The department will also continue to implement its action plan under the Reef 2050 Long-Term Sustainability Plan, which includes the Raine Island recovery project to help protect green sea turtles.

“We will continue to invest in our national parks to make them world-class tourist destinations, and preserve them for many generations to come.”

27th September 2017 - VISITORS RETURN TO THE WHITSUNDAYS AFTER CYCLONE DEBBIE