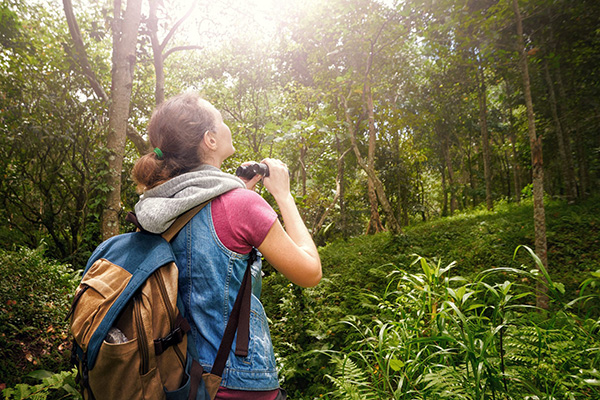 Ecotourism Australia (EA) has supported its members through providing a three-month waiver to all certification renewals this year while also planning to go ahead with its Global Eco Conference in Margaret River Western Australia, from 1st to 3rd December. The EA Board decided back in March to postpone sending certification renewals for four months as a way of supporting members during the initial stages of the COVID-19 crisis.

“Melbourne is in lockdown, Greater Sydney has rapidly increasing infection rates and the Queensland Government is openly discussing reclosing its borders, Clive Palmer is in court seeking to reopen WA’s borders, Tasmania remains closed and QANTAS says no international flights till March 2021. This is not the ‘V’ snapback we’d hoped for. Some regions – those within a four-hour drive of a capital city – are recovering fast with, in some cases, record bookings, whilst those in regions further afield are truly suffering.”

Hillman adds “the extension of JobKeeper is good news for tourism but challenges remain. Many tourism businesses were already in dire straits in September last year with revenues down due to the early onset of bushfires and ongoing drought. This, and other situations, will need to be accounted for when the Government is assessing the need for a 30% drop in revenues to remain eligible for JobKeeper.

“Another challenge is insurance and we welcome the announcement by the Australian Small Business and Family Enterprise Ombudsman of her inquiry. We encourage all members to contribute their experiences to her review as our discussions with brokers suggests that this will not be improving any time soon. The rapidly increasing restrictions on public liability and property insurances are truly limiting businesses and their viability. Submissions can be made through their online survey.

“During the past four months, EA has spent considerable time lobbying on behalf of our members and working in a constructive manner with other organisations to present a coordinated voice to governments for the support of tourism needs. A benefit of this crisis is how the range of tourism organisations have rallied and worked together to provide a consistent and powerful message to those in power with great success.

“We’ve also focused on engaging regions with our ECO Destinations program which will bring an increased support regime from local governments and LTO/RTOs to ecotourism operators. During the COVID crisis, we’ve engaged a further eight (8) regions, increasing our number to twelve committed with a further six expected to join the program before the end of 2020. This means we now have close to 20% of our members within a region applying for ECO Destination certification with the aim of having 50% by the end of 2021.”

Another major initiative for Ecotourism Australia is their partnership with World Wide Fund for Nature-Australia (WWF-Australia) where they are working closely with six bushfire impacted regions in NSW, Victoria, South Australia and Queensland to assist them in their recovery efforts through sustainable and ecotourism programs.

Ecotourism Australia are also developing a bushfire recovery toolkit for regions and tour operators plus a bushfire recovery workshop to be held at their Global Eco Conference in Margaret River Western Australia, 1st to 3rd December (note: the call for papers for the conference is still open until 21st August).

The Global Eco Asia-Pacific Tourism Conference (“Global Eco”), the premier event of Ecotourism Australia, is in its 28th year. The theme for the 2020 Global Eco Conference is: “Revolution, Driving Evolution”. For more information go to https://globaleco.com.au/

Image courtesy of Jervis Bay Wild - certified in Advanced Ecotourism and operating with minimal environmental impact as well as providing opportunities for others to learn about the environment (and its wildlife).

19th May 2020 - Cambodian Wildlife in danger as ecotourism sector collapses