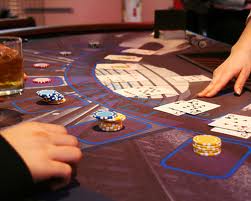 Echo Entertainment, owners and operators of The Star Sydney, have revealed their plans for the world's first truly connected and integrated resort for Sydney that would see a continuous entertainment, hotel and business event precinct that would link Pyrmont, Darling Harbour and Barangaroo via a series of walkways, cycleways, pedestrian bridges and architecturally designed parklands by 2019.

The plans estimated to cost $1.1 billion were submitted to the NSW Government on last Friday (21st June) as an 'unsolicited proposal'.

Echo Entertainment Chair John O'Neill said The Star's plan is the opportunity to propel Sydney as an unrivalled global city, stating "what we are proposing is a real game changer for the city and the State that will help deliver the Premier's ambition to make NSW number one again."

Echo Entertainment have submitted their ' Aiming Higher For Sydney' proposal which its authors say fundamentally aligns the interests of The Star with the people of Sydney and the Government of New South Wales.

93% of The Star's additional floorspace in the proposed development would be for non-gaming tourism and entertainment infrastructure while the plan also includes a payment of $250 million to the NSW Government if the exclusivity of their license is extended for 15 years.

Adding to the recently completed $870 million redevelopment of The Star Sydney, the proposed development would see the events and entertainment destination springboard to the world's best integrated resort with the addition of:

• World class meetings and event facilities;
• Two brand new hotels a six star luxury hotel and a five star premium hotel adding 500 hotel rooms to make a total of 1,150 rooms at The Star and to complement the planned 500 rooms at SICEEP;
• Redevelopment of the existing Astral Towers and Residences specifically designed for the business and event traveller;
• 20 restaurants and bars to take the total at The Star to 50 dining experiences;
• Architecturally designed parklands featuring large format public art commissioned and curated by a newly formed partnership with the Museum of Contemporary Art;
• A range of entertainment facilities including 10,000 metre2 of rooftop waterfront space to create an unparalleled shoreline experience;
• Upgrades to The Star's light rail station to improve connections and integrate it more seamlessly with the resort and the wider precinct including the new International Convention Exhibition and Entertainment Centre;
• A new pedestrian and cycling bridge known as CityLink which will connect Pyrmont to Barangaroo transport mall, cycleways and the northern and mid areas of the CBD.

he development is envisaged to attract an additional 330,000 visitors to Sydney annually, provide an estimated incremental tax contribution of approximately $1 billion to the NSW Government and 5,750 permanent jobs.

The proposed development plans are the second stage in the unsolicited proposal process managed by an independent panel that is chaired by David Murray.

The panel, appointed to assess and provide recommendation to Parliament, is expected to reach that recommendation of who the winning party should be, in the coming months.