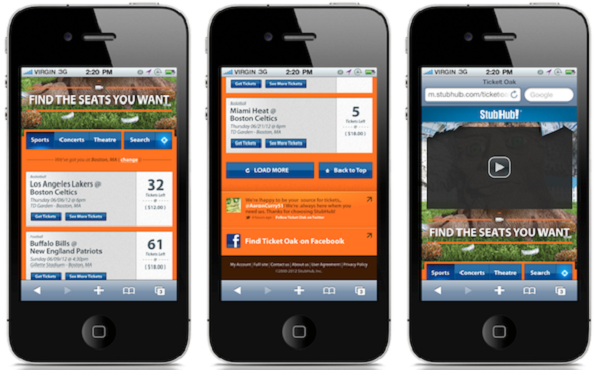 eBay has advised that it is making “significant progress” in determining the role of StubHub in its portfolio, with indications that the USA-based ecommerce giant is considering a sale of the secondary ticketing marketplace.

Activist shareholder pressure earlier this year prompted eBay to agree to consider a sale of the San Francisco-based ticket operation, which has quickly risen to become a dominant player in resales of USA sports tickets. Since that move in March, eBay has initiated a strategic review of both StubHub and its classified advertising unit.

eBay President and Chief Executive, Devin Wenig has confirmed progress is being made in the review with market expectations of a StubHub sale has helped prompt a 35% risein the company’s stock price so far this year.

The potential sale of StubHub would be significant for US sports ticketing landscape, with the company having official relationships with hundreds of pro and college teams and leagues, notably Major League Baseball and the National Football League.

It has also helped spur industry adoption of mobile-based ticketing.

StubHub, meanwhile, generated US$264 million in revenue for its first financial quarter (April to June) a rise of 7% from the comparable period last year, and US$1.1 billion in gross sales, up 5%. Company executives in part credited longer playoff series in both the National Basketball Association and National Hockey League, and additional resulting sales from those extra games, as well as strong markets for the UEFA Champions League final and FIFA Women’s World Cup for the growth.