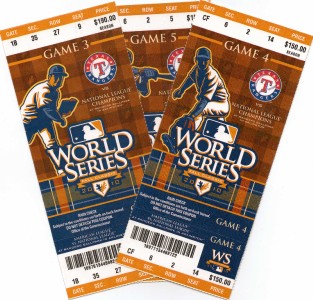 Dynamic ticket pricing, widely used in the airline industry, and set to be increasingly used in sport and entertainment, was used to great effect by the San Francisco Giants on the recent final weekend of the Major League Baseball season.

The Giants employ a dynamic ticket pricing system in which the price of tickets at San Franciscoâs AT&T Park fluctuates depending on demand. With the system, the team's bottom line got an impressive boost when the Giants, who needed to win only one game against the San Diego Padres to eliminate the Padres and win the division championship, lost the first two games of the series to set up a high-stakes finale on Sunday 3rd October.

The Giants stopped the Padres advance to the playoffs for the first time since 2003 with the Giants' clincher played in front of a sellout crowd of 42,822 - the third standing room only crowd of the weekend at the 41,915-seat facility. The Giants drew 42,409 to the opener Friday and 42,653 Saturday. The sellouts were the first for the Giants since they played to capacity crowds for each of the three games against those same Padres 13th and 15th August - a span of 21 home dates.

Originally expecting decent but not overwhelming crowds, the Giants' Director of Ticket Sales Russ Stanley told Bloomberg News that the Giants figured they would draw between 30,000 and 35,000 per game.

Yet increased demand for the Padres series meant those who walked up to the gate over the weekend, or bought tickets on the resale market, paid more than they would have in April, when neither the Giants nor Padres were expected to be in contention for the NL West and the cheapest seat to the 1st

October game was priced at a mere $5. Before the 3rd October game that cheap seat was reportedly selling for up to $20.

Bloomberg reported that a seat in the Field Club behind home plate was $68 at the beginning of the season but $175 before the game. At StubHub, meanwhile, the cheapest ticket to the afternoonâs game was $69.

The final weekend wasn't the only time dynamic pricing paid off for the Giants. Stanley told Bloomberg the Giants' revenue per seat increased by between 7 and 8% this season.

Following the division championship, the Giants' went on to beat the Atlanta Braves in the best-of-five NL Division Series and this week won baseball's World Series with a 4-1 series victory over the Texas Rangers.