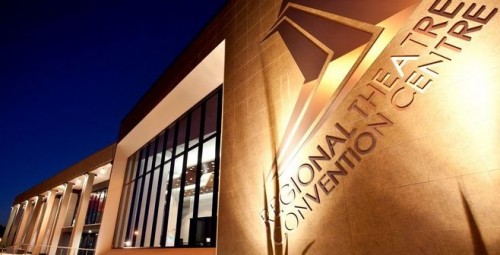 Opera Australia's astounding production of Verdi's La Traviata (the film) is to make its World Premiere at the Dubbo Festival.

Performed on a stage on Sydney Harbour, the spellbinding 180-minute production, by internationally acclaimed director Francesca Zambello, will screen at 2.30pm on Saturday, 8th September at the Dubbo Regional Theatre and Convention Centre.

"It's set against a background of Sydney Harbour Bridge and the Opera House and is a unique experience that's perfect for first-time opera-goers or the ultimate aficionado."

Described as "bizarre", "genius", "deranged" and "captivating", Holy Motors follows Monsieur Oscar through the course of a day as he takes on nine increasingly strange "appointments".Kazantzidis added "(Monsieur Oscar) literally glides from persona to persona across a futuristic fantasy Paris in a stretch limousine which doubles as his change room.

"Kylie Minogue delivers a tremendous dramatic performance, with a song to boot."

Eva Mendez and French femme fantastique Edith Scob also appear in a movie that promises to equally surprise, confound and entertain. It screens at 7.30pm on Saturday 8th September.

• Four art exhibitions, including the DREAM Light Illumination and the Nikon Walkley Photojournalism Exhibition;
• Film industry seminars, forums, live script readings and talent quest speed auditions.
• 10 free events ranging from the Zoo flicks, the Red Ochre & Multicultural Festival and the Dream Family Fun day;
• Eight educational based programs including workshop and the Cockatoo Institute In the Raw program to advance skills and showcase talent of artists;
• The popular Zoo Grooves concert headlined by iconic guitarist Ian Moss;
• The DREAM Artist of the Year Award, recognising home-grown talent who have successfully pursued their dreams; and,
• The world's first parade of its kind, the Carnival of the Animals.

For more information go to www.dubbofestival.com.au/