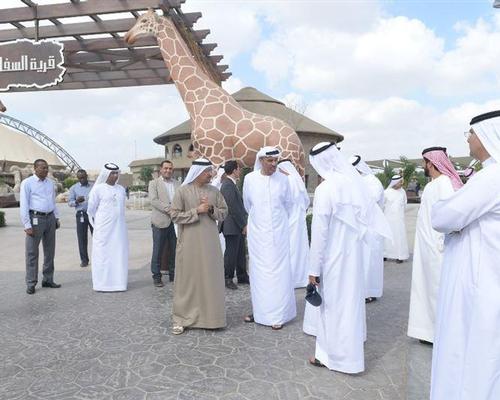 The long awaited Dubai Safari wildlife attraction has been completed, with a small group of journalists, locals and officials given an early tour of the project in the past week.

With most of the animals in situ and finishing touches in place, the s got to tour the AED1 billion (US$272 million) attraction will open its doors to the public from January.

To celebrate its launch, Dubai Safari is also offering free admission for the first two weeks.

Announcing the completion of the project, Hussain Nasser Lootah, Director-General of Dubai Municipality, told Gulf News, “our vision for this project, which is more than just a wildlife park, is to offer a highly engaging edutainment experience that fosters education on animal welfare, inspires a sense of learning about wildlife diversity and raises awareness on what makes wildlife protection a top priority.”

To allow visitors to get closer to the animals, part of the experience takes place on an open-sided passenger train - or inside a closed vehicle when viewing the more predatory species. Guests are also able to walk through a large aviary.

The safari replaces Dubai Zoo, which was the oldest zoo on the Arabian Peninsula.