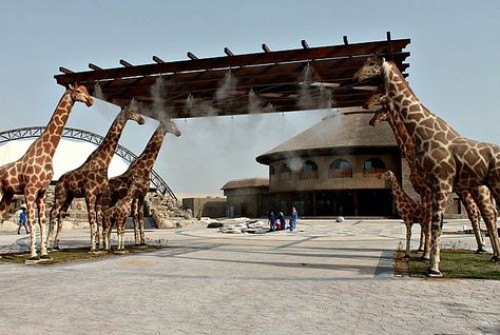 The much anticipated Dubai Safari Park is set to open before the middle of 2017, with final preparations and animal welfare protocols being undertaken to ensure the animal are in good health and were not taken from the wild.

More than a decade in the making, the 119-hectare phase one of the park will house 1,000 animal s Dubai Municipality Director General, Hussain Nasser Lootah, told Arabian Business “we should be ready in the next three months, with the opening taking place this year. We have been bringing the animal but there is an ‘animal protocol’ that we need to follow.

“You bring them blindfolded and so they don’t see the new area. They are released slowly so they get use to the new environment.”

The safari, which replaces the existing zoo in Jumeirah, has been constructed on a former construction waste landfill that was levelled and reclaimed to provide a suitable site. Technical committees were formed in selecting animals and distributing them in places resembling their natural habitats and geographical distribution.

Lootah added “this whole project once completed will indeed put Dubai on the map for those who will expect only the best from a zoo or safari park. The knowledge and ethical care for the animals will soon have Dubai Safari recognised as a world leader.”

Dubai Safari Park Technical Director Tim Husband, said that two of his priorities will be animal welfare and education.

Husband explained "it will be a jewel in the Dubai crown and it will show the rest of the world that there are people here who care about wildlife. 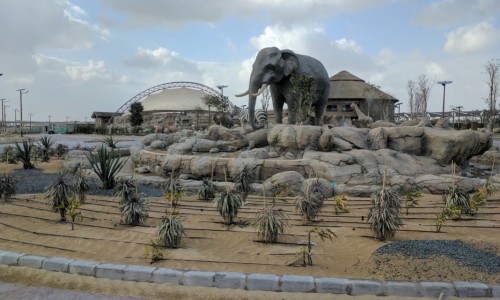 Husband emphasised that that the park will foster ties with schools, adding “our generation has ruined the Earth, but it’s the kids who will make the decisions of the future.

“If you can get one kid passionate about wildlife and making the right decisions, then great.”

Phase two will involve animals from the Americas while the park will have a hotel complex by 2020.

In October last year, Arabian Business reported that the civic body is currently generating 200 kilowatt per day of solar power to run six irrigation pumps for the whole park.

The attraction is also recycling irrigation water into sweet water.

Images: Environment and the entry area are complete at the Dubai Safari Park.