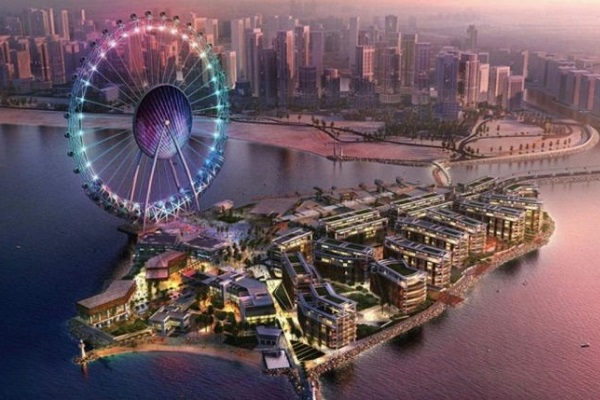 With land on Dubai's Bluewaters Island fully reclaimed, development of the Dubai Eye, set to be the world's largest ferris wheel, can now proceed.

The ferris wheel, set to be the world's largest, will be a centrepiece of Meraas Holding's Dh6 billion (US$160 million) Bluewaters Island development off the Emirate's Jumeirah Beach coastline.

The piazza at the base of the wheel will serve as an entertainment zone and a unique venue for special occasions and conferences. Additionally, a giant LED screen mounted on the wheel will create an innovative electronic platform for broadcasting, adverts, and interactive information.

Speaking at the launch of the project, Meraas Holding Abdullah Al Habbai stated "the Dubai Eye will serve as yet another iconic structure and will distinctively dominate the Dubai skyline.

"We are confident that Bluewaters will develop into a key attraction for the UAE, further enhancing Dubai's status as the preferred global entertainment and retail hub.

"With its refreshing and well-appointed mix of amusement avenues as well as dining and shopping choices, the island city will provide limitless options for smart living and leisure."

Bluewaters Island, a mixed-use development, is set to be one of the largest tourist hotspots in the Arabian Gulf. It will feature demarcated retail, residential, hospitality and entertainment zones.