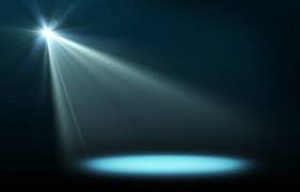 The Gulf Arab Emirate of Dubai is set to augment its leisure infrastructure with plans for a modern art museum and opera house district in the shadow of the Burj Khalifa, the tallest building in the world.

The Dubai Government has announced that the cultural complex will include an opera house, modern art museum, art galleries, two new hotels and residential housing.

The venues are planeed to be "the UAE's news arts and cultural nerve centre" with a statement from Dubai ruler Sheikh Mohammed bin Rashid al-Maktoum explaining "the cultural accomplishments of a nation define its character and individuality.

"We will continue to strengthen the infrastructure framework for promoting cultural initiatives, through projects such as the Dubai Modern Art Museum & Opera House District."

The design for the Opera House is for a square, glass-enclosed structure on the edge of an existing man-made lake in Emaar Properties' Downtown shopping and residential district.

The Tourism Development and Investment Company (TDIC) of neighbouring Abu Dhabi has revealed the opening dates for the three museums that form part of Abu Dhabi's Saadiyat Cultural District.

Located on the Saadiyat Island development in Abu Dhabi, the first attraction to launch is to be the Louvre Abu Dhabi in 2015. Zayed National Museum will follow a year later.

Guggenheim Abu Dhabi will be the third new museum to be unveiled as part of the Saadiyat Cultural District in 2017, with detailed architectural designs for all three now finalised.

The new attractions are seen as "strategic components" of Abu Dhabi Government's vision for the Emirate and are expected to encourage visitors from across the world to visit.

"In turn this will integrate culture and arts into the daily life of the community, assisting to value, sustain and preserve the cultural heritage."

For more information go to www.saadiyat.ae