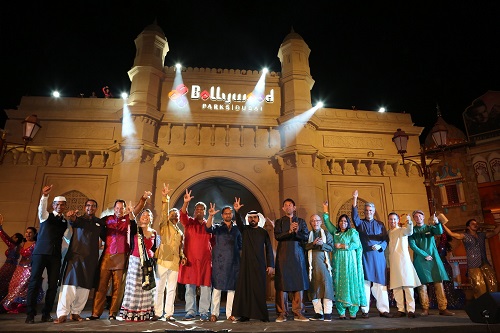 The first-of-its-kind theme park showcases rides and attractions based on some of Bollywood’s biggest blockbusters.

Raed Kajoor Al Nuaimi, Chief Executive of DXB Entertainments PJSC, the owner of Dubai Parks and Resorts, stated “following the successful opening and commencement of operations at LEGOLAND® Dubai and Riverland™ Dubai, we are very excited and eager to witness our guests’ reactions when they experience Bollywood Parks™ Dubai.

“(As) the first Bollywood inspired theme park in the world, ... we’re confident that it will appeal to a large segment of fans due to its popularity in the region. 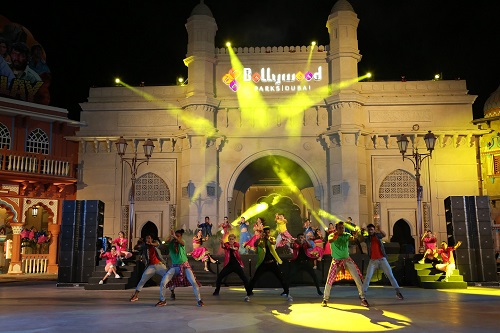 Bollywood Parks™ Dubai’s flagship offering is the 850-seater Rajmahal Theatre that will be home to a separately ticketed Broadway-style, Bollywood -themed show.

During the day, the park will stage up to 20 live shows across five stages: Rock On!!, Crossroads, Mumbai Express, Rangmanch and Stars on Steps.

The entire destination is connected by Riverland™ Dubai - a retail and dining destination at the heart of Dubai Parks and Resorts that is free for all to enjoy, and guests can stay at the Lapita™ Hotel, a Polynesian themed family hotel part of the Marriott Autograph® Collection.

LEGOLAND® Dubai and Riverland ™ Dubai opened in October will Six Flags Dubai, the destination’s fourth theme park and the region’s first Six Flags theme park is expected to open in 2019.

For more information go to www.dubaiparksandresorts.com