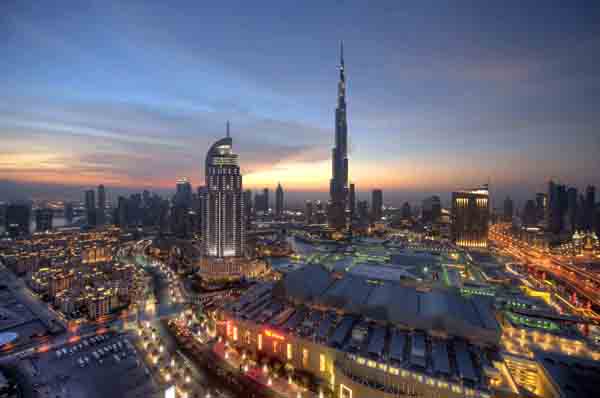 Dubai’s ongoing efforts to position itself as a premier leisure and business hub have resulted in growing visitor numbers to the city, as well as higher rankings on various global traveller and meeting indexes.

The newly released MasterCard Global Destination Cities Index shows that Dubai has risen to fourth position out of 132 top destinations for international travellers behind London, Paris and Bangkok - a one-place rise since 2014 figures.

Overall, Dubai has risen from the eighth position in 2012 with MasterCard predicting that the Emirate will welcome almost 14.3 million international visitors in 2015, a ratio of 5.7 international overnight visitors per city resident.

In addition, official figures released by Dubai’s Department of Tourism & Commerce Marketing in May of this year showed that the emirate welcomed 13.2 international overnight visitors in 2014.

Mastercard’s announcement came days after Dubai retained its top ranking in the Middle East region for international association meetings, and climbed 19 places globally to 44th position in the 2014 International Congress & Convention Association (ICCA) World Rankings - up from 63rd place in 2013.

The ICCA rankings are considered the most dependable and consistent benchmark on how individual destinations which host international association meetings are performing. International organisations and associations regularly use ICCA rankings to gauge the event hosting capacity of a city they may wish to host events in.

Commenting on Dubai’s growing appeal to international leisure and business visitors, Dubai Tourism Director General Helal Almarri stated “Dubai as a destination is ever evolving in order to create memorable experiences for its guests through world-class infrastructure, excellent service and remarkable attractions which are compelling and entice visitors to return.

“Although the MasterCard rankings are predictive, they do approximate with our own estimations of future growth and are a clear demonstration of Dubai’s continual rise as a global destination of choice.

“With regards to business tourism, the increase in the number of meetings and conferences being hosted in Dubai is significantly contributing to the rise in visitor numbers while also positioning the emirate as a global hub for creation, education and innovation.”

As international meetings in the city continue to rise, so do the number of international travellers who are choosing to visit Dubai. The city welcomed 13.2 million international overnight travellers in 2014, an 8.4% increase over 2013. The purpose of visits, although dominated by leisure at 59%, saw over 21% visiting for business, and another 17% visiting friends and/or relatives.

As a hub between East and West, and a gateway to emerging markets across the world, Dubai International Airport (DXB) has become the world’s number one airport in terms of international passengers, with over 70.47 million passengers using DXB in 2014.