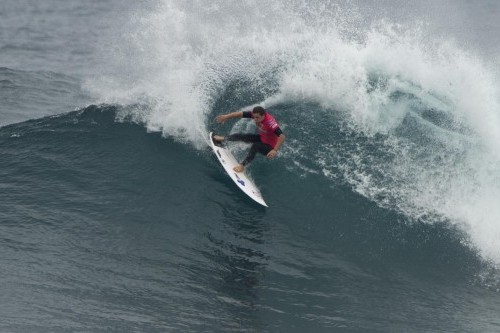 The 2013 Drug Aware Margaret River Pro provided a significant lift for the Margaret River Wine Region, attracting thousands of visitors and a record number of viewers on the internet.

Held from 16th to 24th March, with an expanded competition window of nine days, due to the World Championship Tour (WCT) status of the women's event, the 2013 Margaret River Pro attracted an estimated 25,000 to 30,000 spectators.

Even more impressive was the global interest through the event's website, which included live streaming of every heat. The website had more than two million unique viewers - a massive 174% increase on the 2012 event.

The event was shown live into the United States on Time Warner Cable and the final day was also broadcast live in Australia on Foxtel's Fuel TV.

Western Australian Tourism Minister Kim Hames explained that the event provided priceless promotion for the Margaret River wine region and Western Australia as a whole, stating "not only did that coverage showcase the magnificent coastline at Prevelly, but the webcast also included numerous vignettes promoting some of WA's extraordinary destinations and experiences, from the Bungle Bungle Range through to Albany."

The Western Australian Government, through Tourism WA, has sponsored of the Margaret River Pro since it started in 1985.

In the water it was a Hawaiian double this year with Dusty Payne and Carissa Moore claiming the titles on Sunday.

Next year the men's event will also carry WCT status and the competition window will expand again to 12 days.

For more information go to www.margaretriverpro.com/